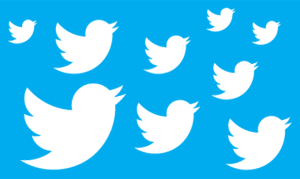 Twitter's content deals may be paying off for the social media platform, with Australian daily active users in Q1 of 2017 growing around one-and-a-half times faster than the global average of 14%.

The recent growth in users and financial earnings are a result of Twitter’s aggressive video strategy, which has been strengthened by another 12 live-streaming deals, including Bloomberg, BuzzFeed and Viacom.

“We have really revamped the business, streamlining around the areas that work for us," Twitter MD Suzy Nicoletti tells AdNews in her first interview since returning from maternity leave.

"We are now seeing for the fourth consecutive quarter that the strategy is working and daily active users are accelerating,”

Nicoletti has been with Twitter in the MD role since October last year when Karen Stocks exited the business; she was among a 9% reduction of its global workforce.

“The Australian strategy is paying off and users that are coming to the platform are more engaged,” Nicoletti says.

“Our engagement stems from our product and marketing strategy, but specifically in Australia, video has been a shining product."

At the time Nicoletti stepped up to the top job at Twitter, globally the company’s monthly active users fell for the first time since it listed in 2013.

She now believes the platform is back on track and advertising revenue will follow - a view former Twitter VP Asia Pacific Aliza Knox shared with AdNews earlier this year.

“Bringing more quality content on the platform is a better experience for advertising ROI and an opportunity for more premium inventory,” she says.

“We work with brands to create short video monetisation, but what we are beginning to see more of, is brands becoming content creators themselves on the platform.”

Earlier this year, Myer teamed up with Twitter to broadcast its autumn/winter fashion launch through Periscope, attracting 200,000 views.

Another example is NAB, which last week live streamed its annual Budget Breakfast.

Check out the top 10 Periscope broadcasts on Twitter here.

What Twitter and other social media platforms count as a “view” has come under fire in the industry.

At the AdNews Media + Marketing Summit last week, it was a point of contention for professor Mark Ritson who said comparing Twitter views and TV views was like comparing “apples and fridges”.

Nicoletti says Twitter has transformed into an amplification channel for brands and also empowers them to create their own content.

“We’ve made a big push to bring the worlds of live events and TV together. Globally we’ve done 56 partnerships, 450 events and 800 hours of live content in Q1. In terms of the content piece, we are forging ahead,” she says.

Addressing YouTube's recent brand safety saga, Nicoletti says brand safety is a top priority for Twitter, which is why it has introduced new product features to keep the platform more friendly for users. In February, Twitter CEO Jack Dorsey said the company will hide inappropriate responses and allow users to hide certain phrases.

“We want our brands to have a voice and engage in a healthy conversation. By having a safer platform, people can engage in conversational subjects but still ensure there is a positive sentiment,” Nicoletti says.