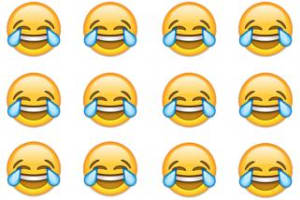 The face with with tears of joy emoji was Oxford Dictionary's word of the year in 2015.

Twitter has unveiled the launch of a new marketing tool allowing advertisers to target users by their use of emojis, as it looks to boost targeting and ad spend on its platform.

In a blog post, Twitter ads API product manager, Neil Shah, says the tool will allow advertisers to target people who have recently tweeted or engaged with tweet featuring emoji.

“Emojis have become a ubiquitous way for people, publishers, and brands to express their feelings. And over 110 billion emojis have been tweeted since 2014,” Shah says.

“This new feature uses emoji activity as a signal of a person’s mood or mindset — unlocking unique opportunities for marketers.”

The news was announced ahead of World Emoji Day on 17 June.

Emojis have quick become the way to infiltrate mobile, with personalised apps being hailed the "holy grail" of accessing audiences.

Twitter launched its first Australian branded emoji earlier this year, with Australian Open emojis. Since then, the social media platform has created emojis for ANZ's unveil as GAYNZ and the federal election, with #ausvotes.