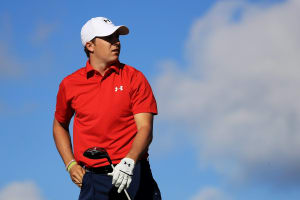 Twitter is continuing its live sports streaming push, securing the rights to broadcast the live coverage of the 2016 PGA Tour.

The social media company has been making strides in the streaming space, scooping the Melbourne Cup and the NFL last year.  After struggling to grow its user base and meet revenue targets in recent times, it seems it is focusing on the massive pulling power of live sport and event streaming to attract new users and advertisers to the platform.

At Twitter’s end of year celebration in December, new MD Suzy Nicoletti  signalled the business would only be further ramping up its focus on live sports.

Through the new collaboration with PGA, more than 70 hours of live competition will be available on a free basis.

The tour used Twitter to live stream coverage during the 2016 FedEx Cup Playoffs. The plan is to present more than 70 hours of live competition this season, starting at the CareerBuilder Challenge. The coverage will consist of Thursday and Friday morning play, as well as pre-game analysis, interviews, and range coverage.

It also includes opportunities for advertisers, including packages with television style mid-roll spots, combined with original clips produced by the PGA Tour, available for sponsorship and promotion on Twitter.

Twitter COO Anthony Noto says the collaboration will foster a greater following of golf for fans.

“The PGA Tour continues to transform the experience for fans on Twitter, a place where golf conversation is happening live in real," he says.

"Our collaboration with the PGA Tour will provide fans all over the world access to watch live streaming PGA Tour events on Twitter while following the conversation all on one screen.”

Real-time video was a highlight at SXSW in Austin Texas and is expected to make huge waves in Australia into 2017, but streaming lags can prevail.

However, Twitter is working on a solution to live sports streaming lags as “one of our biggest priorities”, admitting the 30-60 second delay is frustrating fans and could undermine efforts to grow live event streaming to mass audiences.