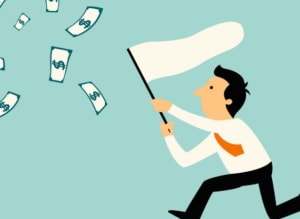 Last Friday, the government released the draft code of conduct which gives the two parties three months to negotiate a payment.

While Google has hit back at the framework, saying it could limit the services it provides in Australia, media owners have widely welcomed the code.

“The important principle being recognised here is that our news content has significant value and that Google and Facebook should be required to pay a fair price for it,” Fair says.

“The reason this legislation is necessary is because neither Google or Facebook were prepared to genuinely negotiate a reasonable payment for their use of our news content on key services such as Google Search, Facebook Newsfeed or Instagram.

“We are pleased that the ACCC has recognised that without an external driver to reach agreement or to break a deadlock, the digital platforms are unlikely to change their approach to making fair payment for news.”

As well as outlining a payment for news outlets, the code also imposes a set of obligations on the tech giants, such as providing advance notice of changes to algorithmic ranking and presentation of news. Tech companies face millions of dollars in fines should they breach the code.

“The algorithm transparency and anti-discrimination measures, together with the substantial penalties for breaching the Code, are a vital protection against punitive responses by Google or Facebook,” Fair says.

“We will take our time to work through the full detail of what the ACCC has released and look forward to working with the ACCC and the Government to refine the draft legislation to ensure that it achieves its intended purpose.”