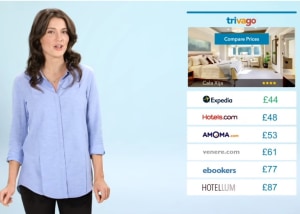 The use of algorithms on comparison websites is under scrutiny following a ruling in the Federal Court against hotel room aggregator Trivago.

The company based in Germany had spruiked that its website helped identify the cheapest rates for a hotel by comparing booking sites such as Expedia, Hotels.com and Booking.com.

But in reality Trivago gave priority to the booking site paying the highest cost-per-click commission.

“Trivago’s hotel room rate rankings were based primarily on which online hotel booking sites were willing to pay Trivago the most,” says Rod Sims, the chair of the consumer watchdog, the ACCC (Australian Competition and Consumer Commission).

“By prominently displaying a hotel offer in ‘top position’ on its website, Trivago represented that the offer was either the cheapest available offer or had some other extra feature that made it the best offer when this was often not the case."

Trivago's main source of revenue is cost-per-click payments from advertisers who pay a fee each time a user clicks on an offer.

An investigation by the ACCC uncovered data showing that consumers who visited Trivago’s website overwhelmingly clicked on the most prominently displayed offers for each hotel.

The ACCC has growing concerns about comparison platforms and on how algorithms present search results to shoppers.

The court also found Trivago’s hotel room rate comparisons that used strike-through prices or text in different colours gave a false impression of savings because they often compared an offer for a standard room with an offer for a luxury room at the same hotel.

“We brought this case because we consider that Trivago’s conduct was particularly egregious," says Sims.

"Many consumers may have been tricked by these price displays into thinking they were getting great discounts."

Penalties against Trivago will be decided at a later date.