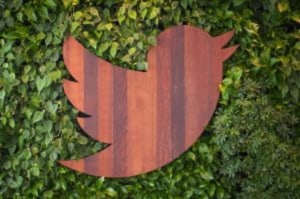 Small and medium sized Australian businesses can now advertise on Twitter. The network is launching its self service ad platform in Australia, as it looks to broaden its client base and boost ad revenue.

Small and medium sized businesses will now be able to advertise on the social platform for the first time using its promoted tweets, promoted accounts and targeting tools. Previously, there was a minimum spend required from advertisers to use its full service offering. Now, advertisers can advertise on the platform as easily as sending a tweet.

The self-service ad platform has already been rolled out to more than 20 countries in the past 12 months. In the US, as many SMBs use Twitter’s advertising platform as larger businesses and they are thought to ring in just as much revenue. The same is expected to play out here.

The platform is being launched in Australia by Richard Aflonsi, Twitter vice president of global online sales.

Twitter is on a charm offensive in the Australian market. Twitter president of global revenue, Adam Bain, made a whirlwind trip last month meeting agency and brand bosses to talk up the coming features and get more Australian businesses using the platform commercially.

It is also rolling out its modular training program to tool up agencies in how to get the best out of Twitter for clients ans scaling up a brand strategy team to work more closely with clients.

Twitter expects small businesses that already use Twitter organically to take up the opportunity boost their reach with paid ads, and says it has happened overseas.

Alongside this, Twitter is publishing a research report designed to woo small businesses. It claims 61% of people had recently discovered a new small business on Twitter, and 31% went on to make a purchase.

It also claims that 70% of respondents “feel better about an SMB after reading its tweets”.
Twitter defines an SMB as any company that isn’t a large corporate, ranging from retailers to app developers.