'The US ad market needs to loosen up' - Cummins 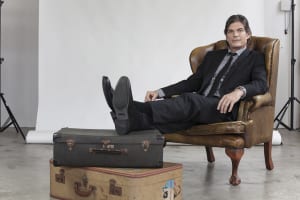 Sean Cummins believes the US ad industry needs to loosen up.

Cummins&Partners CEO Sean Cummins believes the US ad industry is a bit too serious and needs to loosen up.

In an interview with US trade publication Adweek, Cummins, who is the msot recent inductee to the AdNews Advertising Hall of Fame, was asked what he believes are the differences between the Australian and US ad industries.

He said that advertising is a "universal language" and great work is often "passionate and fun", but these elements had been slightly squeezed out in the US.

"The American ad industry is very serious with clients not having a good time, people fighting over things and everyone with a point of view pulling brands in multiple directions," he says. "Generally speaking, the US is a little serious and needs to loosen up."

Cummins relocated to the US 18 months ago to break Cummins&Partners into the world's largest ad industry. In 2015, the agency opened up offices in Toronto and New York, and acquired Brooklyn-based creative boutique dc3. Recently, it folded the Manhatten-based Agency212 into the New York office.

Cummins says the agency is focusing on winning a big foundation client to strengthen its position in the market. Mergers and acquisitions are also on the radar as the agency looks to broaden its disciplines.

This year, Cummins&Partners was praised for its work 'Ultrasound', a finalist in the Doritos 'Crash the Super Bowl'. The ad, which sparked debate about birth control, a contentious topic in the US, was the most shared ad of the Super Bowl. Cummins told Adweek that critics of 'Ultrasound' needed to take a "chill pill".

Cummins joined the AdNews Hall of Fame at this year's Agency of the Year Awards.