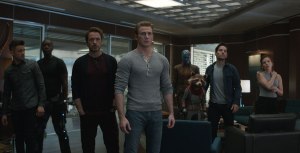 Disney’s Avengers: Endgame was the highest grossing film at Australian cinemas in 2019, according to the Motion Picture Distributors Association of Australia (MPDAA).

It broke box office records for opening day at $10.3 million and for the opening weekend, $34.1 million.

Australian films took more than $40 million in 2019, with three of the top ten grossing films directed by women.

The highest grossing film, Ride Like a Girl, directed by Rachel Griffiths, has taken $11.7 million so far.

Brian Pritchett, chairman of the MPDAA and managing director of Paramount Pictures Australia, says 2019 was the third highest grossing year of all time for the Australian cinema box office.

"Although there are still many challenges posed by increasing alternative entertainment options, and the threat of piracy, Australia is still one of the healthiest cinema markets in the world in terms of average admission rates per capita," he says.

He says 2019 research showed that 75% of cinemagoers rate their perception of cinema’s value for money positively.

The research highlights the importance Australians place on the social experience of the cinema, with a growing number of 15 to 25 year olds considering it to be a fun social activity to do with friends and family.

Pritchett says 2020 looks to be another great year at the movies.

“There is a tremendously diverse and quality driven line up of films in 2020," he says.

"As exhibitors continue to enhance the experience, Australian cinemas prove once again to be the best value out-of-home leisure option, offering audiences a great range of movies in comfortable, high-tech environments."