The Santa retail advertising rally is missing in action 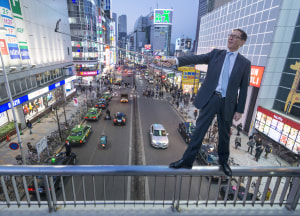 Advertising bookings were weak again across all media in November, according to early agency numbers collected by SMI (Standard Media Index).

The media agency bookings, as reported by investment bank UBS in a note to clients, squash hopes of a widespread advertising rally in the December quarter led by retailers seeking the Christmas consumer dollar.

The industry had been expecting a lift in ad spend, possibly in October and followed by a strong bounce in 2020.

But the first month, October, came in at a negative 8.5%.

And now the early SMI numbers for November show a 14.3% fall in media agency bookings compared to the same month last year.

This would mean, if final numbers continue the trend, the 15th negative growth month in media agency spend in a row.

A key sector driving the weakness is retail which showed a 20% fall in media agency bookings in November compared to the same month last year.

Others include automotive brands, down 17%, travel 18%, financial services 26% and home furnishings/appliances 20%.

The early data shows metro television bookings down 14.4% following a 8.3% fall in October.

Outdoor was the only media to keep its nose above water, up just 0.3%.

oOh!media, working in what it called an "extremely tough" advertising market, in August said it was looking hard at costs and sending its sales team hunting in response to a sudden drop in bookings.

But the fourth quarter has seen a pickup, with the out-of-home player revising upwards its full-year guidance.

"While the company’s advertising bookings declined in the third quarter versus the prior year, improved bookings for September and the fourth quarter, which have paced positively over the prior year, have resulted in an upgrade," oOh!media said in a trading update.

The SMI numbers, according to UBS:

Analysts at SMI had been forecasting a better December quarter overall but industry players have been warning of a continuing soft advertising market.

Nine, at its AGM last month, told shareholders that early signs of an improvement in the December quarter, given a broadly flat September, "unfortunately dissipated".

The free-to-air television market in the December quarter looks like being down by at least as much as the September quarter.

"We now expect the market to decline by mid-single digits across the full-financial year," NIne said.

The media group told its AGM: "Advertising from pretty much every major advertising category was weak in the September quarter particularly from auto, government, domestic banks and gambling. And while our business has become much less subject to the vagaries of the ad market, this weakness has of course, impacted."