The Future of Advertising: The evolution of TV 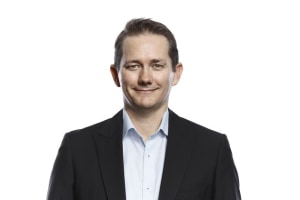 This four-part series, brought to you by Xandr, explores where the future of advertising lies following a COVID-induced digital acceleration, changing consumer behaviours and the rise of video.

Television has a strong future ahead of it with a whole host of new opportunities awaiting advertisers.

“The households in Australia are wired up for connected viewing and continue to be so,” he says.

Influenced by the growing popularity of broadcast video on demand (BVOD) and the ability to reach an addressable audience, the evolution of TV will see advertising become more accessible and easier to measure across screens.

Traditional TV offers unmatched reach and accessibility
Traditional television advertising presents some of the best opportunities for reaching the masses.

According to Xandr’s second annual Relevance Report, 54% of consumers surveyed say they’ll watch a television ad compared to 44% that will watch a video ad on mobile.

Ad engagement is also closely linked to purchase behaviour with television and cinema being the top platforms for converting audiences to make a purchase.

“There's no other platform where you can get so many people watching one thing at one time. But now there are new ways to watch, so you can actually start using television in different, effective ways.”

The new world of TV, which is increasingly becoming digitised, is opening its doors to become more accessible for small and medium sized advertisers to enter.

Poole says the targeted approach offered by addressable TV has also been attractive to brands who have found linear TV’s reach to be too broad.

“A luxury brand spending money on TV that reaches absolutely everyone in Sydney, for example, may not be the most effective,” he says.

“[With addressable TV] we could create an audience that is based on location that matches your luxury items. For example, we could target high income households.”

“It's a much more effective buy and it's actually brought new advertisers to TV.”

While addressable is one way to reach highly engaged audiences, evolving formats and viewing habits are also highlighting new opportunities to do so.

New ways to meet demand
The rise of broadcast video on demand (BVOD) has helped lure back audiences who aren’t able to keep up with scheduled programming delivered on linear TV.

Offering the option to watch something on demand, or at the viewer’s convenience, Poole says, gives broadcasters new opportunities to engage.

Since 2018, Xandr technology and its BVOD supply network has played a role in Finecast, Australia’s leading addressable TV audience planning and buying platform.

“For busy people who may have been trading off a little bit of TV for work life, for example, broadcasters could actually get some of them back,” he says.

In the wake of the COVID-19 pandemic, consumption levels have risen as more people remained at home in front of screens.

Poole says the hours in front of these screens may not remain as high moving forward, but the pandemic has led audiences to form new, and potentially long-term, preferences for BVOD.

“There are a lot of people who probably didn’t realize the abundance of BVOD apps available to them before, and now that they do, they're going to continue to make use of those apps,” he says.

Subscription video on demand (SVOD) services like Netflix and Disney+, which offer ad-free content at a fixed monthly price, are still growing but Poole says this will cap out eventually as households will reach a point of subscription or fee fatigue.

On the other hand, BVOD will continue to enjoy growth and this will ultimately see more advertisers turning to the platforms.

“Brands follow where the consumer eyeballs go and once they follow those eyeballs, they'll tend to optimize for effectiveness,” he says.

Diverse formats call for unified platforms
The shift toward over-the-top (OTT) services, or content delivered via the internet, has caused the media landscape to undergo a massive makeover which is far from over.

Poole says as TV becomes more addressable, tools and frameworks are being built to aid media buyers for its evolution.

“TV buyers are the best reach buyers in the market,” he says.

“In terms of what their role is, I think it's still the same. The reach planning that is there, that's their specialty.”

“The challenge for us is to ensure that planning frameworks evolve so that these tools can be brought forward in a consistent way.”

For now, Poole says it is just one of the tools being used but there are others that will bring TV into a more efficient and measurable future.

“We have integrations with broadcasters to ensure that we can try to build around deficiencies in the marketplace,” he says.

“Programmatic is a part of that solution, but not all of it.”

The next step for TV’s evolution lays within the field of measurement.

“[We should be] viewing BVOD as an extension of TV because a consumer probably would, but in any planning tool at the moment, you probably see them as very separate,” he says.

“The work that OzTAM does here, I think is a great example of an evolution of measurement to keep pace with what consumers are doing.”