The channels made stronger during COVID-19, and the ones made weaker 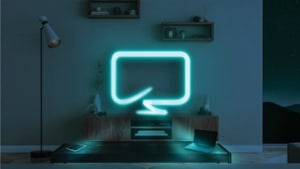 Brands could be enjoying an increased media ROI of up to 50% if they adapt their marketing mix to take advantage of recent increases in media consumed at home, says Analytic Partners Australia managing director Paul Sinkinson.

Sinkinson argues that brands don’t have to accept reduced ROIs during a recession and urges brands to take advantage of channels, particularly TV and digital, that have seen a spike during this pandemic which has hit the economy hard.

The analysis, using more than 20,000 studies, found that businesses which reduced or ceased marketing during a recession take twice as long to recover.

Speaking to AdNews, Sinkinson says the economy hasn’t taken as bad a hit as was thought but he’s still waiting for September, when packages such as JobKeeper are scheduled to end, to see how it unfolds.

“Most businesses at the start of the shutdown thought it was going to be a lot worse than what it was in terms of the economic impact, and that might still come through,” Sinkinson says.

“But I think a lot of people thought it was going to be horrendous. We saw a lot of spend pulled which meant that for the few people who were still spending there was a lot of bonus and a lot of very good rates being offered to people on TV and online, which meant they're getting the same amount for less.

“Obviously, the performance of it increased significantly, but it also meant that you're able to get an excellent share of voice a lot easier than what it would normally be because your competitors were offline.”

Sinkinson highlights digital and TV as channels strengthened by the pandemic, describing the months-long lockdowns to slow the spread of coronavirus as creating the “best TV market ever”.

“There was the best TV market ever, with viewership up 10-30% overall. There was about 46% more streaming on mobile devices, watchtime for YouTube viewed on TV has grown by 65%, NBN was reporting volumes up 75%. So loads more eyeballs watching the content and less brands there. So you had demand down, supply up.”

The analysis found that combining TV and digital to take advantage of these spikes could add up to 50% ROI by reaching both older and younger audiences, those under 40, which are difficult and “expensive” to reach through TV.

“Those people tend to be online quite a bit more, so it's a combination of using both TV and digital to make sure that you can then reach across to them rather than just trying to increase frequency,” he says.

“Digital is very, very strong, but it takes a while to build reach. Nothing builds reach as quickly as TV.”

On the other hand, other channels have become less effective, such as out-of-home. Sinkinson says while radio’s audience has increased, he is hearing it’s become less effective during lockdowns, in part due to its use for product and promotional messages, which are not performing well during this crisis compared to brand messaging which outperforms them 80% of the time.

“Not surprisingly, out-of-home went down but interestingly, and this is anecdotally, radio's performance went down as well even though audiences picked up,” he says.

“I think radio playing in cars probably has a little bit more of an impact compared to having it in the background at home.”

Sinkinson believes the industry is in the early stages of recovery and wants to see brands and agencies defend budgets to keep a presence in the market.

“We've seen people come back. I think everybody is coming back in a pretty mindful and thoughtful way, rather than just pushing all the chips back on,” he says.

“People are taking this time to eliminate some of the lower performing channels, they're getting rid of the stuff that they haven't necessarily been able to get rid of before. My hope is that it helps people move into more of a culture of experimentation and learning as well.”