The AdNews Mock Brief: Life in a post-Trump world

This article first appeared in AdNews in-print in 2016. Click here to subscribe to the AdNews magazine or read the iPad edition here.

As part of The Annual we put creative agencies to the test and asked them to come up with the best fake ads for our mock brief series.

Brief: Donald Trump is now President of the United States. Whether it's pro-Trump or anti-Trump, sell the American dream in a post-Trump world.

There were three to pick from and the work was comissioned in October 2016 - before the election. It's fair to say that most people didn't think Trump would win the election.

A world where Trump is POTUS presents a rare opportunity for Australia to hijack the American dream. An integrated campaign that positions Australia as the new rightful home of the dream and invites Americans to visit (or immigrate!). We’ll give Australians and Americans the tools to participate through social and compete for the American dream.

If you take away all the insults and offence, Donald Trump’s values are not new territory for Republicans. Revered president Thomas Jefferson, was aligned with ‘The Donald’ on some key areas. Why wouldn’t you vote for Jefferson II?

The populist 'rust-belt' appeal of Trump is undeniable. But so is his bigotry and ignorance. Vandalising the greatest symbol of US humanitarianism with his silly face seemed like a good way to get people angry on both sides of the divide.

303MullenLowe “Behind the wall”

The American Dream has always been inclusive and open to everyone. But if Trump is elected, that will change forever.

When was America last truly a great nation? Not since the 1920s when men were men, and women knew their place was to support ‘em. Good, honest jobs for guys, and a well stocked kitchen to go home to.

The White Agency “The Canadian Dream”

It’s time to tell non-Trump supporters the American Dream no longer exists in the US. Travel companies can offer the perfect opportunity in Canada.

If an epic failure like Trump can become the President of the United States, it truly is a land where anyone can reach the top. 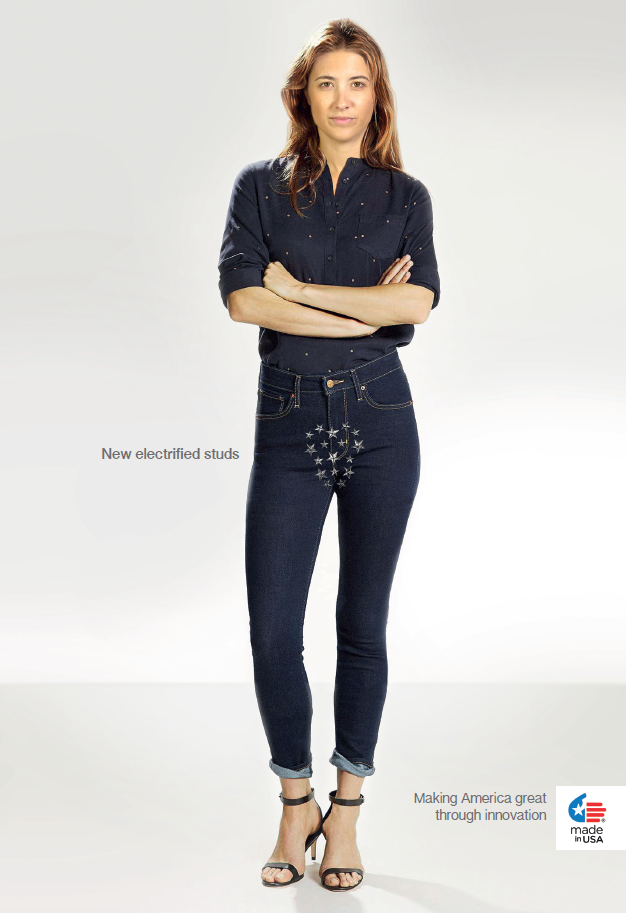 Donald Trump has made it clear that ‘grabbing p***y’ is fine. Post the 2016 US election women are going to need a new innovation in p***y protection.

The Works “Welcome to Trump’s America”

The Statue of Liberty has long stood as a symbol of opportunity and freedom for all. Trump’s remarks do not uphold those ideals.

Giant walls. Mass deporatations. Frozen borders. A future under Trump isn't going to be rosy. So we created a classic, propaganda-style ad designed to appeal to the one demographic who are still left in Trump's America - white people.

The US Presidential election at times felt like a bad Hollywood blockbuster. The twists and turns involving Russian spies, hacked emails, giant walls and personal attacks have called for some Superhero intervention.

Have you seen some of the other AdNews Mock Briefs?

The AdNews Mock Brief: Give millennials a home

The AdNews Mock Brief: Find Tony his next job

The AdNews Mock brief: the digital detox is a thing