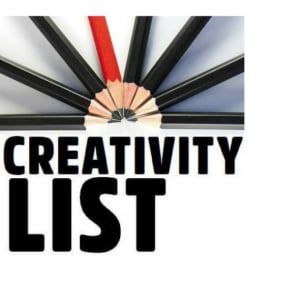 Here's the final 20 of The Creativity List. This is the first year of the list. Creativity is subjective, and we are trying to create a list that is not solely based on award wins, but on individual creativity. Read more about why each one made the list in the July issue of AdNews.

You can subscribe to the print edition or download a digital version here. This content won't appear online, it's exclusive to the magazine, so the only way to read it is to get a copy - don't miss it.

Australia has an awesome pool of creative talent. The ideas, perspectives and creative philosophies that drive the creatives in this issue shows how and why Australia punches so far above its weight.

It wasn’t easy to land on this list of creative minds, that’s for sure. And you’ll notice a glaring lack of diversity - gender, age, racial - in the final 20. But what they do have is diversity of experience. According to a report published by PR firm Ketchum and Fast Company in Cannes this year, that’s more important. Their survey ranked race and gender as the least important factors in forming ideas.

That said, a sea of white male faces isn’t exactly inclusive or representative. and there are as many people named Ben on the list as there are women. I'd like to see entries from a more diverse group next time around - but that means that diversity has to exist within agencies and beyond. Over to you.

“Chuck is pretty good at most things he does. The most likely reason for this is that has been sent back through time and already has the answers to everything, Charles is one of those great writers whose craft rises to meet his ideas. In his first year at McCann Charles has won himself and the agency about 60 awards across 6 campaigns. That is not at all normal. And neither is Chuck.” Adrian Mills, MD McCann Melbourne.

The panel
The list was determined by the AdNews editorial team based on the entries, with the invaluable input from three client side collaborators who each reviewed the entries. Thank you to Louise Eyres, former group GM of marketing at ANZ, Meat and Livestock Australia group marketing manager Andrew Howie, and The Communications Council CEO Tony Hale, whose input helped shape the final list.

The methodology
To kick it off, we opened a nomination process and invited creative people to throw their hats in the ring with an entry that outlined their creative nous and five examples of their creative work.

Each entrant was asked to provide a personal statement that outlined their creative exploits, experience and greatest successes. Each was also asked to explain their interpretation of what creativity is and how they express it. To accompany their entry, each was asked to offer a reference from a client, peer or employer, that gives another perspective.

From this, each entry was scored, the scores were then tallied to arrive at a shortlist, and then debated, until we could land on a collection of 20 we felt demonstrated the brightest creative minds in Australia.