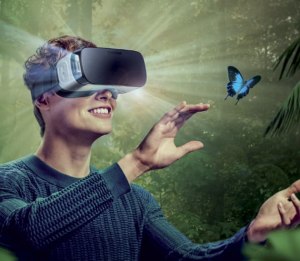 Brands are becoming more dependant on technological advancements in order to strengthen consumer interaction, with the capabilities of artificial reality (AR), virtual reality (VR) and artificial intelligence (AI) constantly being tested, but there are questions over whether it fills a consumer need.

There are few examples of brands creating product which have been seamlessly implemented into everyday consumer life, according to Naimul Khaled, the CTO of creative technology agency Story1st Technology2nd.

While AI, VR and AR are continually talked about in the world of marketing and ad tech, the products seldom reach the public at all, excluding anomalies like last year's Pokemon Go.

Speaking at a Vivid Ideas event 'Imagining and Interactive Brand' alongside speakers from Adobe, innovation agency SecondMuse and virtual production studio, Studio Mod, Khaled said it is crucial for brands to introduce products slowly, rather than courting novelty and the 'wow' factor.

“We build in buffers so that when people first use the technology you don’t direct the message straight at them straight away, you let them absorb the environment first, get over that 'wow' factor and then start giving them the message,” Khaled say.

He also suggests that for tech innovations to gain longevity, brand and innovators should introduce technology in familiar platforms.

“The platform of consumption needs to be ubiquitous for it to work. As long as it is new media, it's really hard for companies to invest in it,” Khaled says.

Examples like Sony's VR headset PSVR have become popular because of the cost and the platform it was released on, whereas product like HTC's Vive tool – a VR gaming headset which costs upwards of $1000 – as well as Samsung's Gear VR headset and Google Glasses, are generally unaffordable to consumers, says Khaled.

“The Sony PSVR is the most successful [innovation] that's happened because they already have the platform of gaming so they know gamers will use it,” he added.

This is not the first time the disconnect between marketers and innovators and the consumer has been raised. The issue was discussed in a recent AdNation study, which revealed the “echo chamber” around adland.

Professor Karen Nelson-Field surveyed more than 1,600 adland professionals and more than1,000 “normal” people to identify differences and similarities in the two groups’ lifestyles. It found people working in adland significantly overestimate the use, credibility and recall of social media platforms for advertising.

“We all know that in the world of marketing, media and advertising we live in a bit of a bubble. AdNation 2017 pops this bubble and allows us to have a good laugh at ourselves,” Nelson-Field said at the time.

“AdNation 2017’s findings represent a big opportunity for marketers and advertisers to reassess how in touch we are with the reality of everyday Australians. We need to keep their actual media consumption habits front of mind rather than simply using ourselves or our friends as a sample of one or a few,” she added.