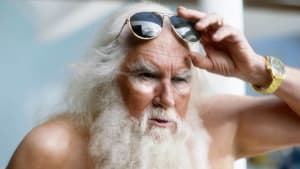 Virgin Mobile, Meat & Livestock Australia (MLA) and Samsung have topped the most watched Australian ads on YouTube in 2016.

Dove also made the list for its #MyBeautyMySay campaign, followed by Vodafone with a crazy cat campaign. You can see the full list of the ads below.

Google Australia head of brand and advertising, Richard Wolstenholme, says whether it's short or long-form commercials, Australians are tuning into ads that make them laugh, sing and think, but as long as they tell a story.

"With watchtime on YouTube up more than 40% year-on-year in Australia, brands are following their audience with great cross-screen and made-for-YouTube content," Wolstenholme says.

"The top ads for 2016 all tell a story, from Dove’s focus on body image to Vodafone Australia’s bad-tempered cat. They show that creating an emotional connection strengthens engagement - whether it’s using humour, like the Australia Day Lamb “Operation Boomerang” and Air New Zealand’s Summer Wonderland creatives, or tackling confronting issues in a way that moves audiences, like the Australian Government’s Respect campaign."

Many of these ads featured familiar faces, from Ronaldo to Ronan Keating, proving celebrities and personalities can play a role in capturing audience attention.

Regardless of format, length or topic, the top ads from 2016 show Australian audiences will engage with the fun and quirky, or the sage and serious if brands get it right.

2. Operation Boomerang - MLA by The Monkeys

4. Beauty on your own terms - Dove by Ogilvy & Mather

5. What does a cat have to say about the Vodafone network? - Vodafone by Cummins&Partners

10. Find Your Wherever - Honda by Leo Burnett Melbourne

The top 10 ads featured on the YouTube Ads Leaderboard are calculated using an algorithm that factors in organic and paid views, from ads published and viewed during 2016.