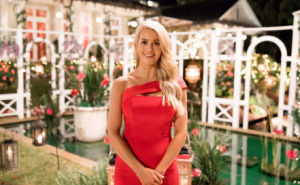 Last night's finale episode of The Bachelorette was the lowest rating of the series to date with just 926,000 metro viewers tuning in to see Ali Oetjen choose Taite Radley over Todd King.

Ten was unable to recreate the ratings magic of last year's season, featuring Sophie Monk, which broke records with an audience of 1.6m metro viewers.

The season prior, featuring news presenter Georgia Love, drew in an audience of 970,000.

The debut episode of The Bachelorette attracted 631,000 viewers this year, making it the lowest launch episode ever of the reality franchise in Australia.

In terms of overnight ratings, the finale was still the most viewed program, beating both Seven and Nine's nightly news bulletins.

Nine's Paramedics and RBT, which went up against Ten's Bachelorette, drew in audiences of 584,000 and 470,000 viewers, respectively.

Over on Seven, popular long-running soap, Home and Away also aired in primetime, drawing in an audience of 483,000.

In the overnight main channel ratings battle, Nine took out the top spot, despite The Bachelorette's rating victory, with a share of 18.1%.