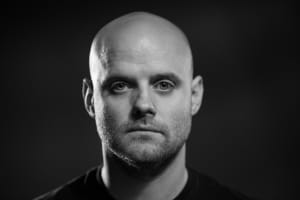 He replaces Hristos Varouhas, who after eight years with TBWA Sydney has been promoted to global planning director for Apple at Media Arts Lab\TBWA Los Angeles.

He will be responsible for the day-to-day running of the Sydney office across clients including Foxtel, David Jones, Virgin Mobile, ANZ, Airbnb, MasterCard, Tourism New Zealand, Gatorade and apple.

TBWA Australasia CEO Paul Bradbury says on Varouhas departure:  "Hristos and I have been close partners at TBWA for the last eight years. I am really happy for him as this is an incredible opportunity. Lucky for us we will still see a lot of H in his new role.

"We are very excited about the arrival of Matt Springate. Matt is a world-class strategic thinker and we are very pleased he has decided to join us. The new partnership between Andy DiLallo and Matt with Disruption™ and Disruption® Live at their disposal will be a very exciting time for TBWA," he adds.

Prior to Grey London, Springate was group strategy director at Droga5 New York where he led strategy on American Express, Diet Coke, Quilted Northern and Mondelēz.

He helped the iconic American brand Honey Maid connect with a new generation of families and won a Gold Effie and a Gold Cannes Effectiveness Lion for his thinking.

Before his move stateside, Springate helped build start-up agency The Brooklyn Brothers, where he was strategy director. He also worked at Fallon London on campaigns for Sony, BBC, Skoda and Tate.