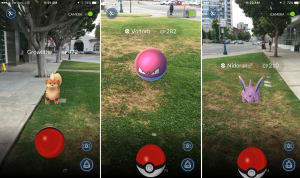 Sportsbet is the latest brand to jump on the Pokémon Go bandwagon, releasing a series of novelty bets on the platform.

You heard us – if the urge to "catch them all" is starting to wane, punters can now make bets on how long before the app is the top selling on iTunes, among a raft of other topics.

Other bets include whether Pokémon Go or Twitter will have more users in 2016 and who will be “the first Politian to play Pokémon Go in Parliament”.So far Scott Ludlam on $6.50 is the favourite.

Business Insider is also reporting that Sportsbet have unveiled a wager on which Australian venue will ban the use of Pokémon Go first.

Across the world, several landmarks have banned or strongly discouraged the use of the game inside its walls. In the US, war veteran cemetery Arlington put a stop to Pokémon Go playing, while Poland’s Auschwitz memorial also had to issue a statement banning its use.

Closer to home, Sportsbet has Canberra’s War Memorial as the favourite, followed by the National Library and Rookwood cemetery. St Mary’s Cathedral and Parliament House also feature on the list. In a nod of the cap to NSW Premier, Mike Baird, “All of NSW” also features on the list at $1001.

While Sportsbet has its own unique way to leverage the popular app others may have the chance to soon enough, with the app’s developer, Niantic confirming to the New York Times that it will feature sponsored locations in the future.

It is thought the developer could charge retailers and restaurants to become locations within the app, incentivising people to visit to capture Pokémon.

It follows the sweeping popularity of the game which, in the week since its launch, has already been named the top grossing app in Australia and the US, and is thought to have overtaken Twitter in daily Android users. The app is yet to launch in the UK but, with users desperate to get their hands on it, fake versions of it have topped Apple’s App store in the region.