The KFC Big Bash League has been the surprise sports success of recent years and success on the field is translating to income off it. Sponsorship and advertising revenue was up by 20% for the past season, AdNews understands, and could rise by as much as 25% next season in line with viewing increases, with several brands including title sponsor KFC already lining up.

It’s also likely more teams or games in regional areas could be added that will further grow the league. Other sports codes are now trying to replicate its success. Tennis Australia has run the short-form Fast4 tournament for two years, with a similar target audience, entertainment options and crowd-interaction. Netball has its Fast5 world series and the cashed-up Rugby 7s is now an Olympic sport.

When you take a closer look at BBL’s viewing figures, it's not hard to see why. Ratings are strong and it often beats the Australian Open. 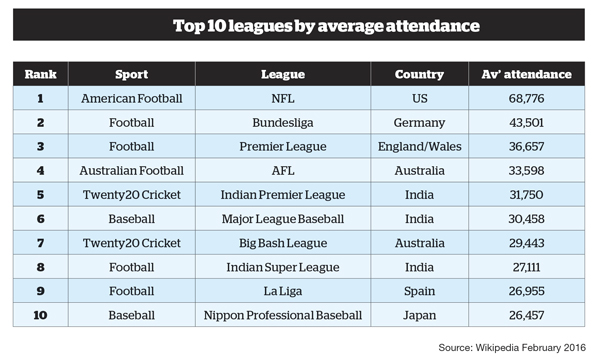 At a time when other sports are embroiled in drug, alcohol and betting scandals, Network Ten sport executive David Barham believes an attraction of the BBL is that it brings “fun” back to the often serious world of sport, attracting a new crowd to the game. KFC marketing director of group meals, Sally Spriggs told AdNews this fun factor fits the fast food brand’s strategy “to connect and leverage properties that bring that uninhibited life joy to people” and offers media exposure and eyeballs over a summer period where TV ratings are challenging.

“The interesting thing is it's got clear air. If you think about that December or January window, before the Australian Open starts, you don't have a lot of compound in that time in sport or entertainment,” he said. “It also leads into Christmas, Boxing Day and back to school – three important retail sales periods.”

“What we are going to see with sport is almost a portfolio of products – the traditional products and shorter form, more dynamic versions of the game to bring those audiences in to grow the sport.”

The Big Bash League's success is unprecedented anywhere in the world, and signals a wider trend towards shorter, family-friendly variations of traditional sports in line with broader media consumption trends.

In only its fifth year, the BBL has become the seventh highest attended sports competition in the world, above Spain's La Liga – where football glamour clubs Barcelona and Real Madrid play – and nearly on par with the Indian Premier League, the original T20 competition (see above chart).

The success of the competition is due to several factors: a short, family-friendly format that only runs for a few hours; affordable tickets; strong international and domestic players and being held in quieter summer months with little competition.
While sports purists may cringe at the US-style entertainment at games, the relaxed nature pulls in a different audience to traditional formats. More children, more women, more families.

It is this that offers the most excitement and opportunity for broadcasters and sponsors as activations focus on fun, value-added elements and audience participation.