Seven has sold Seven Studios UK and 7Beyond 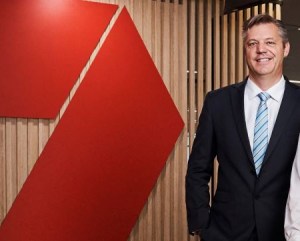 Beyond Entertainment has acquired Seven Studios in the UK, as well as 7Beyond in the US.

The company, a subsidiary of Australian producer and distributor Beyond International, purchased 100% of the share capital of Seven West Studios in the UK.

It also acquired the remaining 50.98% share capital of 7Beyond, giving it full ownership of the business. 7Beyond was launched in the US in 2013 as a joint venture between Beyond and Seven Network.

The commercial terms of the deal haven't been announced,

“We have an excellent relationship with Seven going back to 1984 with the production of the long running science/technology series Beyond 2000 for the Network,” Mikael Borglund, CEO and MD of Beyond International, says.

“We are pleased to be able to conclude these transactions with Seven which enables Beyond enter the UK market with an established production company and to expand our production capacity in the United States.”

Seven has been offloading parts of its business as it deals with a net debt last reported at $569.5 million. The broadcaster recently raised $115 million from the sale of its magazine division Pacific and its Osborne Park property in WA.

CEO James Warburton has also shifted the broadcaster away from its reliance on in-house productions to producing shows with external partners.

“As part of our ongoing transformation, we’ve reassessed our appetite for investment in offshore production interests and have elected to divest Seven Studios UK and our interest in the 7Beyond JV,” Warburton says.

“Our longstanding relationship with Beyond International makes them a natural partner to acquire these assets. As part of the divestment, Seven will retain a participation in current projects, as well as all onshore production interests. Seven is proud of these two businesses and the projects that came out of them and welcomes the strengthened business arrangement that will continue with Beyond in the future.”