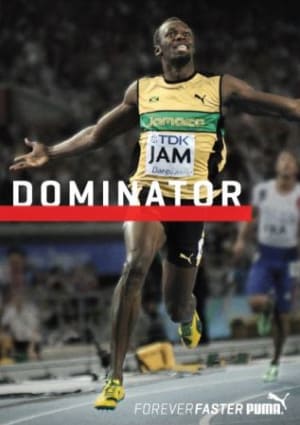 Puma is stepping away from the sports lifestyle positioning it has been pushing for the last decade and is focussing its attention back on pure sports heritage, and tapping into its partnership with Usain Bolt to do it, after admitting its approach wasn’t working.

It is introducing the global tag line and positioning 'Faster Forever'.

The brand is almost tripling its marketing spend in Australia as part of the global effort, investing around 12% of turnover in marketing – up from around 4% as it looks to drive sales and inprove performance after massive profit loss and sales declines in recent years.

Puma Oceania general manager Paul Gautier told AdNews the brand had been “guilty of going too far into the lifestyle side,” of the brand.

“Our heritage and our DNA and everything that we start with comes from sport so we needed to reposition the brand and that’s where Faster Forever comes from,” he said.

“The last six or seven years have been a bit dark and I don’t think consumers know who we are and we need to re-establish that from a sporting context. Not to talk about that is wrong.”

Bolt has been sponsored by Puma since his teenage years and is signed with the brand for the rest of his career. The brand now plans to make better use of the partners it has in sports, something it has been “bad at doing” said Gautier.

“We didn't leverage [athlete partnerships] before,” Gautier told AdNews ahead of the campaign launch.

The first phase of rebuilding the brand is the launch of a global positioning and campaign starring athletes including Bolt, football players Mario Balotelli, Sergio Agüero, Marta Vieira da Silva, golfers Rickie Fowler and Lexi Thompson, and the Scuderia Ferrari Formula One team. The next phase later this year and into 2015 will be more product and category specific marketing with more local elements.

Puma is also tapping into local athletes and has signed a deal with the Sydney Roosters player Jared Wearea-Hargreaves.

In Australia, Puma is going big on above the line, particularly outdoor assets, as part of the global campaign launch with local activity also running below the line.

“Maybe I’m old school, but I believe the big brash outdoor stuff is really impactful and gets the message across faster and with more impact,” said Gautier.

“I don’t think a campaign is a magic wand to change things over night, but what will change is our consistency. The biggest difference is our commitment to marketing and advertising. When brands are struggling with sales and cutting costs, the first thing they do is cut marketing budgets – we don’t do that any more, it’s the last thing we’ll cut. It’s a new era of GMs and MDs that believe in the brand and that we need to communicate it.

“This campaign is the first step. We won’t go dark again, we’ll be consistent on channels and in a year or 18 months, you’ll notice the difference. The way to change sales is to become a desirable brand, then everything else falls into place.”