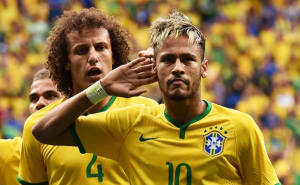 Communications minister Mitch Fifield has listened to the concerns of Foxtel over international sports rights. A major gripe has been FIFA World Cup matches not involving the Socceroos.

The government's revised anti-siphoning scheme, which ring-fences certain sports for only free-to-air broadcasters, will allow Foxtel to bid for most sports matches played overseas.

It also extends the period all events are automatically removed from the list from 12 weeks to 26 weeks, allowing subscription TV operators more time to negotiate rights for sports on the list in the event they are not picked up by Seven, Nine or Ten.

The major changes to the list are removing international sports matches played outside of Australia for all of the major competitions except the Ashes and football, cricket and rugby union world cup fixtures that involve Australia.

This means that major global sports events such as the FIFA World Cup, Rugby Union World Cup and cricket’s ODI and T20 World Cups are likely to have Fox Sports or an Optus Sports broadcasting most of the matches in these competitions with an FTA broadcast partner covering games involving Australian teams.

It does not include the Big Bash League, which potentially could pave the way for Fox Sports to pick up the rights if they are priced out of reach for FTA broadcasters, including the current rights holder Ten.

It also keeps the Australian Open tennis, the Olympic Games, Commonwealth Games, the Australian Formula One, Moto GP and the Ashes played home and away.

The Melbourne Cup will also remain on the list, although social media platforms broadcast the event last year, which highlights a loop hole in who the anti-siphoning scheme targets.

Wimbledon, the US Open and Davis Cup matches played abroad have all been removed from the list.

All golf tournaments have been removed from the list, including the Australian Masters and Australian Open.

Netball international test matches have been removed from the list and subscription TV operators have been promised $30 million to help fund more coverage of women’s sport.