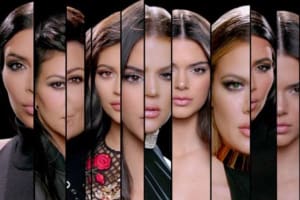 Source: Keeping Up With The Kardashians Season 11

Disney is on the brink of launching its own streaming on-demand service, while new NBC Universal player Hayu is nibbling away at Foxtel’s prized content. Not to mention the raft of other contenders in the space. Like 10 green bottles lined up in a row, one is bound to fall.

Forthcoming subscription video on-demand (SVOD) channels from Disney and NBC Universal, if not threatening to steal more feathers out of Foxtel’s cap, will definitely bring the market to saturation point and force consolidation, adland execs have suggested.

Disney this week told AdNews that press speculation surrounding the arrival of its SVOD channel is “premature,” saying that while there is no announcement “to make at this time” it can be presumed that something will turn up in a pumpkin coach sooner rather than later.

Meanwhile, NBC Universal announced a new player in the market – Hayu – a reality TV-focused SVOD trough, promising to show ‘exclusives’ of shows such as Real Housewives and Keeping Up With The Kardashians on the same day as they air in the US.

Despite promises of exclusives, it is under-stood that the NBC Universal content will also remain on Foxtel.

The term ‘exclusive’ in this instance signals the hosting of unique content on a like-for-like basis, meaning that other SVOD players will not be given access to show NBC Universal programming, although Foxtel as a cable supplier will. Hayu could not be reached for comment.

While Hayu appears less of a threat to Foxtel, Disney – with the ability to pull in kids and their parents – poses more of a problem to the cable TV firm.

“The big issue here is it allows consumers to cut the cable easier than ever before,” Maxus Australia CEO Mark McCraith said.

“If someone has a number of different options like Stan, Netflix, Disney or Universal versus paying $70-80 a month for Foxtel subscription – they can get nearly everything they want.”

Ryan described Foxtel’s content as “at an extremely high local and global level” and pointed to the fact that Foxtel has the money and cashflow to manage high-end content.

Furthermore, despite an aggressive push from Optus, which recently saw it steal the rights to the English Premier League from long-time partner Foxtel, it still remains the go-to destination for sports and it is believed its continued hold on that particular card will allow it to maintain market dominance.

“Foxtel has got a good, strong stance in the market and is competing well with free-to-air and is a major component of media consumption in Australia,” Ryan said, whose company obviously has deals in place with the TV network.
Already a crowded market – free-to-air, Stan, Netflix, Presto, Fetch, plus digital offerings from Telstra and Optus – the market has almost reached saturation point.

Consolidation is likely to occur, although no-one will be drawn on when this might happen.Maxus Asia-Pacific head of trading Nathan Cook predicted that at least one SVOD provider will be forced to close.

“We are at a saturation point,” he stated. “We will see some consolidation in the coming years. It’s likely that either Stan or Presto will eventually close up shop due to a lack of commercial viability.”

Before such a time comes, a war of price and content will define the SVOD landscape.

Ryan pointed out that Netflix has only released about 10% of its global content in Australia and anticipates an “explosion from Netflix and its content moving forward”.