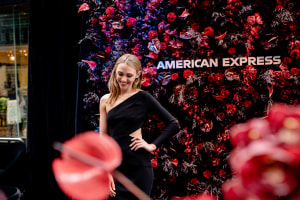 Porsche
Porsche Cars Australia has reappointed DDB Melbourne as its creative agency of record following a competitive pitch. DDB Melbourne will continue to lead the creative direction to position Porsche in Australia as the premier manufacturer of exclusive sports cars. Toni Andreevski, Porsche Cars Australia director marketing and motorsport, says DDB’s strong understanding of how emotion drives growth is fundamental to Porsche’s ongoing success in Australia. The agency first won the account in 2015 up against incumbent of the time The Ross Partnership.

Tefal
Vizeum has been appointed Groupe SEB’s global media agency of record. The scope includes digital and offline media as well as CX, CRM and E-Retail across multiple international markets. The account will also include the Australian market, with Vizeum becoming agency of record for SEB, known best of its consumer facing brand Tefal. Thomas Le Thierry, global president at Vizeum says the agency's strategy and execution capabilities and its ability to build a "multi-disciple integrated offer" was the "compelling answer" Groupe SEB expected.

Victorian Department of Justice and Community Safety
WPP AUNZ-owned Wunderman Thompson Melbourne has been appointed by the Victorian Department of Justice and Community Safety (DJCS), to develop a three-year campaign to drive long-term change in the awareness, attitudes and behaviour of Victorians in relation to bush fires following a competitive pitch. The agency will work with the Strategic Communication Branch within the DJCS which manages the project on behalf of and in collaboration with Emergency Management Victoria (EMV), the Country Fire Authority (CFA), Metropolitan Fire Brigade (MFB) and other agencies across government. It will be responsible for the creation of a campaign platform to prompt all Victorians to be better prepared for the threat of bushfire and grassfire this coming summer.

Sydney Gay and Lesbian Mardi Gras
Sydney Gay and Lesbian Mardi Gras (SGLMG), one of the oldest Pride organisations in the world, has appointed communications agency Red Havas and Havas Blvd to help promote its WorldPride bid for 2023. Red Havas is charged with developing an impactful strategic public relations campaign with influencer marketing and digital content development at its core, to promote the SGLMG’s bid for WorldPride 2023. The aim is to engage LGBTIQ+ organisations and the wider general public across APAC and the rest of the globe.

Destination Perth
Destination Perth has appointed digital agency Bonfire as its organic search marketing partner. The tourism body, also known as the Perth Region Tourism Organisation (PRTO), is responsible for the promotion of Perth City, Freemantle and Rottnest Island, Sunset Coast, Peel and Rockingham, Avon Valley, Swan Valley and Darling Range. To strengthen Destination Perth's position within the crowded tourism market, Bonfire will develop and execute an SEO strategy focused on building awareness to attract both domestic and international visitors to their website. Destination Perth CEO Tracey Cinavas-Prosser says the agency was chosen for its niche search skillset and years of experience working with brands in competitive industries.

Essendon Airport
QMS Media has been appointed to manage the sales and marketing activities for the Essendon Airport outdoor advertising portfolio by NM Media, effective November 1, 2019. The portfolio consists of eight existing static billboards, inclusive of the coveted ‘Big Tulla’ landmark static sites, that line Melbourne’s Tullamarine Freeway, the major gateway connecting Melbourne Airport and the north west with the CBD. Plans are underway to develop four landmark digital billboards in early 2020, providing even greater impact and campaign flexibility for brands on this highly sought after arterial, which impacts more than 3.8 million vehicles each month.