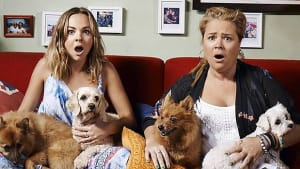 It's not just families on Ten's show Gogglebox that are enjoying television; media industry perceptions about TV are on the rise.

The perception of television's performance has markedly improved over the past year a Media i survey of 4,000 media owners and buyers in Australia has revealed.

After three years of flagging perceptions, TV bucked the trend with 63% now saying the channel delivers results, 32% rated it for consumer engagement and 28% said it was cost effective.

Digital still tops perceptions about performance and ROI nationally, but TV is making up ground. In one market, Perth, perceptions that TV delivers results improved from 63% in 2015 to 80% in 2016, giving TV the top spot from mobile digital (75%) and desktop digital (68%).

In Adelaide, perceptions about TV's performance were even more positive with 87% indicating the channel delivered results compared to 70% in 2015.

In the largest media market Sydney, digital edged out TV in terms of its ability to deliver results by only three percentage points (67% versus 64%), while Brisbane and Melbourne had more positive perceptions for digital.

Mobile digital, on the other hand, had growth cost effectiveness up to 64% and results delivery up to 70%, while consumer engagement was down marginally to 76%.

Despite the Facebook misreporting scandal, desktop digital (75%) and mobile digital (70%) continue to be perceived as having the most credible audience insights and data, followed by TV (29%) and outdoor (18%).

Print had a poor perception over its audience figures with only 7% regarding them as credible. This perception would not have been helped by the major publishers pulling out of the Audited Media Association of Australia.

Digital is the most attractive place to work with 50% of digital media professionals agreeing it was the media channel they would most like to work in.

Outdoor and cinema were the only channels to improve their attractiveness as a place of employment, up from 27% of respondents in 2015 to 31% this year, while television's attractiveness fell from 34% to 31% in this survey.

Newspapers are at the foot of the list with only 5% finding it attractive, which is hardly surprising given the rounds of redundancies tarnishing the reputation and morale at major newspaper groups.

Digital's attractiveness as a place of employment eases off with older media professionals, down to 42% for people with more than a decade of experience, while TV begins relatively attractive in the first two years (at 41%) before dropping to 23% at six to nine years.

Seven is still the most attractive brand

Despite a three percentage point drop, Seven is still the most attractive brand for media professionals with (33%), followed by an improving Nine (30%) and MCN (29%).

However, Seven has become a less attractive workplace every year since 2012, when it was easily the market leader with 51% approval rating.

ThinkTV chief executive Kim Portrate tells AdNews she was encouraged by the improvement in perceptions about TV's effectiveness to deliver results and ROI for advertisers.

“The first wave of the “Payback Australia” study by Ebiquity found that every $1 invested in TV advertising generated a return of $1.74 for FMCG brands, making it the only media in the study that generated a positive short term revenue ROI. We have results upcoming for the finance and other sectors in the coming months," Portrate says.

“And when it comes to credibility of TV’s audience insights and data, OzTAM’s third-party measurement panel is independent, audited and is about to increase by 50% in size this year, making Australia the largest per capita people metered market in the world. That should give advertisers confidence at a time of uncertainty when it comes to online media measurement.”