Paul Fisher back at IAB to help reel in new CEO 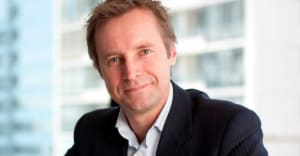 Former IAB CEO Paul Fisher, who steered the ship before current CEO Alice Manners, is back working at the organisation as a consultant, as it starts the recruitment process to fill her spot.

The IAB announced earlier this month that Manners would step down from the organisation in May as her three-year tenure comes to an end. There is no interim CEO and rumours continue to swirl over who will take the top spot. Manners will be taking up a new role in Perth, where she lives.

The IAB confirmed to AdNews that Fisher has been engaged as consultant to the board, on a contract basis, while it recruits for a new CEO.

Chairman of IAB Australia, Ed Harrison, said: "We are delighted that Paul will be able to work us behind the scenes, ensuring that we continue the momentum behind all that Alice has achieved during her tenure.

“Paul is a safe pair of hands and very well qualified to assist us during the recruitment and appointment of our next CEO."

He added that Fisher will assist the board selection committee with the identification and recruitment of the new CEO, while also providing consulting support as required to the IAB team with current projects and ongoing council management during the transition period.

Fisher was CEO at the IAB for nearly five years, having taken up the role in 2008. After leaving in 2013 he hopped over to Nielsen as managing director, media, South East Asia, North Asia, Pacific. He then worked as a commercial director at Cartelux until January this year.

As well as working as a consultant, Fisher is also a non executive director at UNICEF Australia.

Manners joined the IAB Australia in mid 2013 from a regional role at GroupM based in Singapore. She was brought in to change the organisation from a publisher's association to one that represents the broader digital landscape.

The new CEO will need to have a perspective across the publisher, ad tech and agency world.

During her time at the IAB Manners created the Ad Tech Advisory Council, Agency Advisory Group and a Mobile Centre of Excellence. She also launched the Digital Ratings Monthly giving local publishers and agencies a better understanding of online audience.