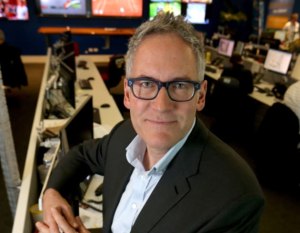 “Papers have been written off too soon,” Tony Phillips tells AdNews in his first interview since being named News Corp CMO.

“For whatever reason the advertising industry isn't acknowledging the huge readership of newspapers – they get two million readers a day – it stacks up against online media platforms,” he says.

It’s been more than a year since Tony Phillips exited Woolworths’ well-oiled revolving door. Before that, he spent seven years at Coles overseeing advertising campaigns, such as the “Down Down” campaign and another fronted by celebrity chef Curtis Stone.

The top marketer landed in the News Corp building six weeks ago and he has big ambitions for his new role.

“I'm ambitious because no one in their right mind would start a new job that's core focus would be managing decline," Phillips says.

Recently News Corp revealed its global results, with the media behemoth reporting revenue of US$2.2 billion for the year, an uplift of 5% from the previous year. However ad revenue fell by 5%, with News citing weakness in the print advertising market, it's a familiar tale.

“A huge part of my job is now marketing mastheads as brands to the industry and speaking to agencies and advertisers about why we have an important target audience. The headline numbers don't help my argument, which is why we need to turn that around but the underlying numbers are still very strong,” he says.

Phillips says looking at the recent trends, the decline is steadying, and he expects we are not far away from seeing readership and ad revenue tip back up.

“More people are subscribing and it's not often reported but more people are prepared to pay for content and that's swinging up," he says.

My objectives are to sell more newspapers and create strong masthead brands.

“They are the core of the business and we want to grow them and increase the depth of the brands and the knowledge around them.

“For me as a marketer it's about creating mastheads that are brands and hitting the touch points of the community.”

While Phillips says the publisher is proud of its consumer growth story, it's time for advertising to catch up.

“The consumer revenue is really important because it proves people are willing to pay for your content, but what you also want is ad sales firing – the two are interlinked.

“If you sell more newspapers and have strong brands, you create a connection that invariably advertisers want to become a part of. It's something you can't do on digital platforms because it's too fragmented.”

News Corp is going all out to woo advertisers at the new annual 'Come Together' upfronts event tonight. With a string of shifts in the publisher's senior management, it's tipped to be an evening of big announcements.

Leader of the pack

Phillips says News is positioned well in the pack of publishers fighting to get in front of audience eyeballs.

“We have brands that I can do more with,” he admits “But our brands have previously had less to worry about because they were leaders for so long - now there are challenges and our competitors are many – not just the obvious.

“The power of the brand is something we can focus on. That is part of the narrative I'm trying to get through to my team – we are custodians of brands that have made the digital transition.

“We don't have to worry about the digital disruption – it's happened. Facebook and Google have been around for 10 years. It's happened, we've survived and now we have to capitalise on our survival.”