PacMags fights for more brands to get behind female athletes 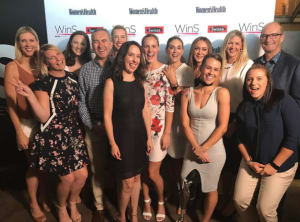 Pacific Magazines is aiming to team more women athletes with sponsors as part of its annual I Support Women in Sport (WinS) campaign.

The campaign, which has been running since 2011 as part of Women’s Health magazine, has been amplified this year as the interest in women’s sport continues to grow.

Throughout 2017, Women’s Health will roll out a series of WinS initiatives, including sponsorship and employment opportunities, funding, additional interstate mentoring and training programmes, as well as continued media awareness via Women’s Health along with associated Pacific Magazines and Seven West Media channels to support and promote women’s sport.

To launch the initiative, PacMags held an event to help the next generation of female athletes kickstart their careers and increase media support and advocacy of women in sport altogether. It saw mentors like Michelle Bridges and David Koch provide young women with advice on the future of their careers.

“There has been an undeniable shift in women’s sports,” says PacMags GM of fashion, beauty and health Jackie Frank.

Women’s Health has long been “riding the wave” of female athletes, explains Frank, and credits PacMags will being part of creating the buzz around women’s sport.

“There is only a single percentage of sponsorship dedicated to women’s sport, but it’s time that changes and I am rallying for these women,” Frank says.

“We are riding the wave we’ve created. The rest of the world has caught on to this as a sweet spot for advertisers and each brand can leverage it in a different way to reach a new audience.”

A long-standing sponsor of the campaign has been Swisse, who says the momentum building around AFL Women's, The Super Netball and the Women's Big Bash League makes it an exciting time to be involved.

“We are very proud to announce our partnership with Women’s Health for a campaign that sets out to not only recognise female sporting achievement, but to actively affect change in the sporting arena,” says Michael Howard, director of sales and marketing at Swisse Wellness.