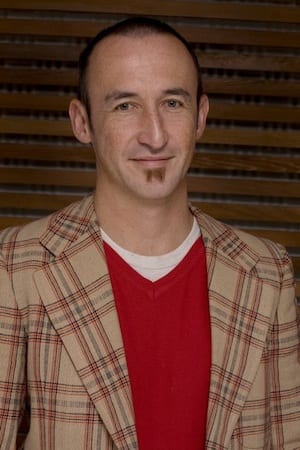 This is not a piece designed to degrade the idea of corporate sponsorships, especially those of a more charitable nature, but more of a warning that sponsorship isn't code for easy brand-building.

I don’t think one's political leanings would prevent anyone from recognising that Transfield Holdings sponsorship of the Biennale of Sydney appears to be a little bit of a brand stretch.

Artists involved in this year's Biennale of Sydney have recently threatened to pull out unless event organisers abandon a sponsorship deal with Transfield Holdings, a company involved in offshore detention centres.

Transfield Holdings is a minority shareholder in Transfield Services, which holds contracts with the Immigration Department to provide services at detention facilities at Nauru, such as management, maintenance and perimeter security.

There’s probably a portfolio of Transfield business that does supply a legitimate brand bridge to the 'arts' but to the general public it’s always going to be a stretch and unfortunately the stink is going to be pretty hard to wash off.

Another high-profile example of sponsorship gone wrong is the US Postal Service’s sponsorship of Lance Armstrong – a lot of money was spent on a disgraced athlete, which resulted in big losses for the postal service, including the slashing of thousands of jobs.

The lessons learnt here? A sponsorship requires as much planning and thought as any other marketing activity. What’s the objective? What are the targets? What’s the end benefit for us and what’s the benefit for our customers? How does this fit with our brand? Having a corporate box to entertain clients, partners or staff and getting your logo some airtime on the box is cost-of-entry today. Invest the time and energy to answer a few of these critical questions and the opportunities a sponsorship presents are tremendous.

Some great examples include NAB and the AFL. Their 'Footifying' campaign and support for grassroots AFL has made them synonymous with the AFL. Creating a radio station that provides a foreign language call of the AFL was a great idea in itself but the marketing of it was fantastic and was enthusiastically embraced by football public and pundits alike.

Sponsorships don’t need a great, visible PR outcome, it can be about carefully targeting your audience and delivering something they’ll enjoy.

NRMA and Western Sydney Wanderers are one of 2013's great sporting event success stories. NRMA would no doubt have been ecstatic on the value they extracted from their sponsorship. A great grassroots campaign would have also sat well with the western suburbs community and builds nicely on their community work in the past.

Another sound example is KWM entering into a three-year agreement to help support the National Junior Track Series. It’s not hard to see the cultural fit between cycling and the law and it could have been tempting for some to simply hand across a cheque in exchange for logo placements but instead they created an exclusive 64-kilometre riding event that catered for 60 clients and partners to ride with a legend of the sport, with all proceeds going to the NJTS. Their sponsorship became a brand experience. You won’t get them crowing about it publicly though because they don’t need to.

At the end of the day, don't just slap your brand on a banner and call it sponsorship. A good strategy doesn’t start and finish with the sponsor – it’s part of an ongoing relationship between the sponsor and their audience. If your audience is happy then you have sparked up the right relationship and the benefits will be felt almost immediately – at the event and of course post event, with the help of an effective ongoing PR plan. Do your research and stay connected. After all, a sponsor is a relationship based on trust, so respect it.