OPINION: The dynamic duo of social and experiential 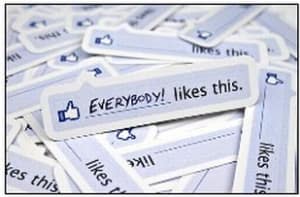 The times are a-changing. Or more accurately, the times have changed. Social media is no longer the emperor’s new clothes, anyone worth their salt can build a Facebook page or a blog and talk about Twitter hash tags. If you can’t then you don’t deserve to be a marketeer in 2012.

So what does this mean for the consumer? For a start, they’re no longer just passive observers of marketing, they’re now a key cog involved in telling, and building brand stories. Communication has shifted from one-way to a collaborative process. So far so good, because this is exactly what experiential delivers in spades, right? Connecting brands with consumers in an engaging, memorable and interactive way. Yet despite this, one of the main limitations of our discipline remains reach.

But not so if you bring social media into the mix, which, being social in nature, allows brands to broaden their footprint, as content is organically shared, talked about, incrementally built on and amplified. Let’s look at the traditional experiential model - consumers engage with your particular event, and, if you get it right, they form an emotional connection of sorts, talk about it, tell their friends about it, and they’ll eventually be more predisposed towards buying the product or service. End of story. Except with social media now in the mix it’s not the end of the story, in fact it’s just the beginning.

Imagine if that consumer is then empowered to talk about, or share some aspect of the event to their own online community, and it’s so engaging that some of their friends share it too. You’ve managed to broaden the reach of your event from one single person to potentially hundreds or thousands. Now multiply that by every person with a smart phone engaging with your event, and you have something incredibly compelling and effective. And remember, none of this is new. It’s always been about ideas that get people talking, and this is no different, you’re just using technology as an enabler.

And there’s no reason why this can’t be turned on its head too. What’s more engaging than crowd-sourcing a brand experience in an online world, and then bringing some aspect of it alive in the real-world?

Another compelling benefit of social media and digital is that everything is measurable, from individual conversations, to brand sentiment shifts to purchase journey. And that’s exactly what’s been missing from the traditional experiential evaluation model until now. So that’s a blessing for those agencies able to deliver outstanding events or activations with strong ROI, and a curse for those agencies who hide behind meaningless metrics to demonstrate ROI on a failed activation.

And consider this, aside from purchase intention, what’s the ultimate ROI on a brand activation? In my view, an event has been truly effective if the client or the agency hears it talked about or recommended in a positive context, from a completely organic, unrelated source. The event then achieves its goal not only of emotionally connecting with people who were there, but driving those people to advocate it to their own social connections.

So what does this mean for traditional experiential agencies? Get smart, for a start, and just using a Twitter hash tag on your activation won’t cut it. Also prepare for a shoot-out as the boundaries between agencies increasingly blur as digital, advertising, experiential and PR agencies start to encounter each more often on the pitch list.

Remember, consumers don’t think or act in silos, that’s just marketeers – they want to be able to seamlessly shift from real world to online world, and it’s our job to allow them to do that in exciting and engaging ways.