OPINION: Oh no! What have they done to Superman? 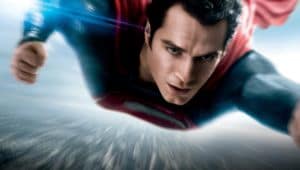 "Faster than a speeding bullet, more powerful than a locomotive, able to leap tall buildings in a single bound." Superman, one of the world's enduring brands and one of the most recognised brand logos, is celebrating its 75th year.

The reason for its long-standing success around the world and why three generations have gone to school wearing Superman underwear is simple: whether executed as a comic strip or a TV series or a movie, the Superman story has all the elements that appeal to children of the world and the child within us.

Superman:
- Has super powers, which he keeps a secret
- Wears a cape and a disguise, but we know his true identity
- Embodies goodness and fights for truth, justice and the American way
- Is a projection of our desires, hopes and dreams
- Transforms from mild-mannered Clark Kent, the weak, timid nerdy person inside us all, to a super-hero saving the world from evil, the aspirational me

Some Superman analysts go one step further and describe this original caped crusader as almost biblical – like Jesus walking among us, he descends to Earth from a world far away in the sky, sent by his true father to save the human race, raised by adopted parents... you know the rest...

But Man of Steel bypasses the very essence of Superman in the pursuit of artistic endeavor. Call me old-fashioned, but this product extension just doesn’t cut it. The storyline, the mood and tone, Superman’s state of mind and even the colour of his costume deviate significantly from the very elements that make the brand idea enduring.

So what’s missing? Three elements that are vital to the brand:

The Love Triangle
One of the important elements of the Superman brand idea is the love triangle between Lois, Clark and Superman. Clark is in love with Lois. Lois is in love with Superman, Superman can’t tell Lois that he is really Clark Kent.

The Secret
Lois Lane suspects but never discovers the true identity of Superman (until 1996). While it’s ridiculous that Lois, an investigative reporter with The Daily Planet, doesn’t put two and two together when all that separates Clark from Superman is a pair of horn-rimmed spectacles, it’s that element of ‘surely she’ll work it out this time’ that is a vital part of the brand’s appeal. We know that Superman leads a double life; and no one else does, so we are in on the secret.

The Fun
Where Superman is fun, uplifting and optimistic, Man of Steel is dark, heavy and pessimistic. This Superman is a tortured soul, burdened with the dilemma of whether or not to turn his back on his destiny, what he is here to do and, importantly, why he should do it at all. He is so serious you’d be forgiven for thinking he was suffering from clinical depression.

When brands decide to launch new products, variants or extensions, the fundamental element of success is knowing what defines you as a brand and understanding how far you can stretch it before it breaks.

This new product from the house of Superman has too much kapow, too many special effects, not enough fun and not enough Superman.

If Man of Steel is the vehicle to introduce the next generation to the magic of  Superman then the brand will surely die. I can’t imagine that they will sell to many Superman sheets on the back of this one. Grey is not a very happy colour.