OPINION: My advice to Naked? Vote for Tony Abbott 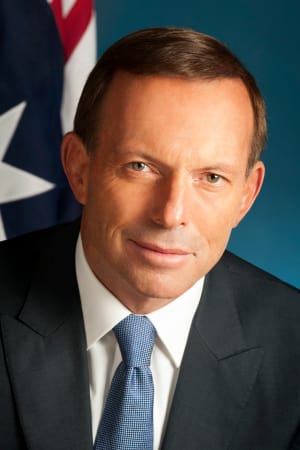 Anyone who knows Mike Wilson, the CEO of Naked, knows that he’s a stand-up guy. He’s certainly no liar. So when he tells the media that the management team at Naked had no knowledge of what is fast becoming known as ‘Nakedgate’ you know he’s telling the truth.

That said, what happened this week ain’t great. In fact it’s bloody awful. I have been a supporter of Naked for yonks. From their media agency background they have really pushed the envelope in terms of what media guys and channel planers can do. So much so that they now have specialised creative folk and have carried off a bunch of creative awards.

Embarrassing the PM – a PM who knows how to take a head and hold a grudge – is far from ideal. They have had some very public stuff-ups in the past but their exposure has generally been confined to the marketing industry, for Naked anyway not so much for their clients. This latest blunder however is going to be a tough one to recover from, smack bang in public view embarrassing the PM in the spotlight of an election campaign. Oh dear.

I have been pretty forgiving of Naked in the past. You know what, if you are pushing the envelope in terms of ideas and creative campaigns then from time to time you will make the odd judgement error. Better to give it a go than not and there has been plenty of really great stuff in between.

Problem is, this one is just on the nose. Forget cash for comment, this is comment for cash.

Were the Labor Party in the know? Who can say. If anyone regularly coerces and leverages the media it is political organisations. I would have thought however they were a) aware of what lines not to step over b) a little too savvy for this crude approach and c) acutely aware of the shit storm that would inevitably follow these tactics being exposed. But as I said, who knows.

Mike Wilson is quoted as saying that Naked’s management were not aware of what was going on and that the executive in question has “left the building” seemingly putting responsibility on a rogue executive. Like I said, I believe Mike, he doesn’t tell fibs.

This for me raises an important question – how much responsibility are we giving young and inexperienced executives? I think too much. Our industry is more impressed by 20-something backward baseball cap-wearing gamers that impress us with their social media savvy than wise old owls.

Where are our wise old owls? Nobody could ever accuse the marketing industry as one that eats their young. Quite the opposite, we assassinate the old and we call anyone over 50 old.

Mike Wilson is Naked’s wise old owl and the bloke is only in his 40s. He’s good and well up to it but couldn’t we all do with a couple of older heads around? Young, energetic, progressive, these are all great traits but life experience is impossible to substitute.

I bet Naked wish someone with a bit more was across such a sensitive and visible piece of business as the Labor Party.

They have pissed off some pretty powerful people. Best advice I can give Naked right now: vote for Tony Abbott.