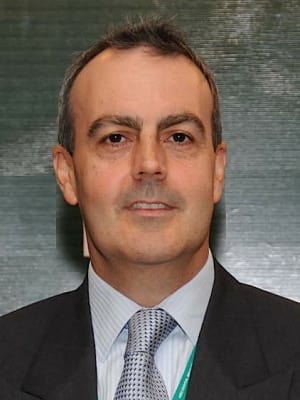 Steve Ahern is the managing director of Ahern Media and Training.

Yesterday was ratings day, but Southern Cross Austereo publicists were unusually silent about the results. There were no media releases issued, as a gesture of respect for nurse Jacintha Saldanha, and presumably because anything remotely resembling glee at a good result would likely be taken badly by many people watching the company’s responses after the prank that went so badly wrong.

Since then the company has gone further, with a series of steps to make amends and bring the fallout from the tragic prank to a conclusion. SCA has now formally apologised, and reinstated advertising in the best way possible, planning to donate advertising profits to charity and to Jacintha’s family.  It is an appropriate gesture under the circumstances.

After all the tweets, column inches, radio discussions, Facebook posts and TV interviews have trawled over the circumstances of 2DayFM’s royal prank call, what will be the enduring lessons for the radio industry?

The first will be to always, that means always, reveal the prank at the end of the call and make sure the recorder is still running when you do it. This is in keeping with the spirit of commercial radio Code of Practice number nine, and just makes good sense. It ensures that a radio station has complied with its privacy obligations and lets those pranked have the chance to say ‘don’t put it to air.’ It can sometimes become the funniest part of the call.

As if we didn't know it already from the recent Alan Jones and Kyle Sandilands incidents, the second lesson will be the growing power of social media to amplify a message by harnessing the voices of dissent, disagreement and just plain obnoxiousness.

The initial social media debate was about whether the prank’s silly humour outweighed the security and the health concerns for Kate Middleton. Twitterati and most of the world’s media took it as a joke and replayed it over and over, looking for new angles on the prank, but then the British media raised the security and privacy angles as the story ebbed and flowed in new directions. Social media amplified both the funny and the serious angles of the story.

The audio of the prank was broadcast in Australia, where it appears not to have broken any laws. The identities of the nurses were not revealed. Without the story being picked up by other professionals in the international media and amateurs in social media, the prank would have been like most radio content, it would have floated away into the atmosphere and the presenters would have been looking for another way to entertain the audience tomorrow.

It’s true, the tragic death of nurse Jacintha Saldanha could not have been forseen, but that’s why we have guidelines, rules and codes, to save everyone from the many unintended consequences that may happen when you embarrass or trick someone.

Commercial Radio Code number nine was only recently introduced after much soul searching and discussion about content that could go wrong. The code should have been enough to prevent this heart wrenching tragedy.

The commercial fall out from lost advertising will also be significant, but Austereo acted as well as it could on this issue, first suspending advertising to protect clients from a potential storm of social media activism against them and now, donating advertising profits to help Jacintha’s family.

SCA has now formally apologised, and the show of humanity from the company in cancelling its Christmas party and donating profits to a fund for Jacintha’s family is an appropriate gesture that should calm the storm of protest raging against the company and its clients.

I know the presenters and producers involved. What has happened will haunt them throughout their careers, but they, and the company, have done as much as they can for now to make it right.

I thought the prank was funny at the time because it was so silly. I wrote about it on radioinfo in a light-hearted way. If it had remained a joke, I wonder if there would have been the same consequence?

But the wider media, especially the British tabloids, made it into something bigger and more serious than it was ever meant to be. And that is another lesson. Before we manufacture a new story angle, perhaps we should think twice about the direction it may take the story and the people it might hurt?

Rest in Peace Jacintha and deepest condolences to your family.

Steve Ahern is the former Head of Radio at AFTRS, the founding editor of radioinfo.com.au and an international consultant and trainer in radio. He has an Order of Australia Medal for services to radio and training.