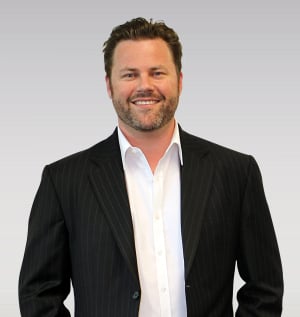 Recently, a colleague in Europe sent me this video from DDB Germany – an idea developed on behalf of their client, global pay TV powerhouse Sky.

It’s pitched as a ground-braking media innovation. But for me it’s one whose application is so poor I found myself wondering if it was a publicity stunt (I’m told reliably it’s not).

This has got to be one the more intrusive ideas I’ve seen in a long time. And it got me thinking... Where’s the line today between disruptive and invasive advertising?

I’m a big believer in being disruptive. Some of the best marketing in history breaks rules and forces us to question why and how we consume. From Volkswagen’s ‘Lemon’, to Cadbury’s ‘Gorilla’ and this brand activation from a little known mobile phone chip manufacturer. All stopped us and challenged us to think again. Think differently.

But the Sky Germany idea is different. It isn’t disruptive... it’s invasive.

Disruption challenges. It forces me to stop in my tracks and pay attention (even for the most fleeting of moments) to a message that (we hope) has some relevance to me. Relevance based on the type of magazine I’m reading, the TV show I’m watching, the event I’m at or the website I’m visiting. Invasion is none of these. It is unwanted, unwelcome, irrelevant and sometimes just rude.

This is new technology, wrapping old school thinking that interrupts me from doing the thing I want to do. In this case, interrupting my sleep with an advertising message. And not a particularly relevant one.

The line between disrupt and interrupt is a challenge in all advertising. One could argue that every TVC since the beginning of the medium ‘interrupts’ my viewing, but it does so with a kind of social contact between viewer and advertiser. An understanding that I can buy the DVD (or today, more likely a DVR) to skip ads and incur a direct, personal cost – or enjoy ‘free’ TV supported by advertising.

This disrupt v interrupt challenge is no more pointed that in my particular corner of adland - sponsorship and brand activations. It is also a place where advertising has the ability to go beyond Disrupt... into Utility.

We help brands buy into multi-million dollar sponsorships because they want to be associated with things people love. Footy, netball, ballet or the movies... the theory goes that if I can be close to something you love, maybe a bit of that passion might rub off on my brand.

The trouble is we sometimes sign these deals, then spend the next 3-5 years putting our messages directly between the fan and the action – interrupting the enjoyment of the very thing we want to associate with.

We all know that messages are received best when they add to the experience and not interrupt it. What if the Sky Germany ‘bone conductivity’ tech delivered a message about commuter pillows that Sky was making available to travellers and where to get one? Or even better – you could program it from your seat to wake you when your station was next up (and carry a ’sponsored by’ message)? I’m confident these would stand a much greater chance of being embraced and valued. It’s not the medium that is particularly bad, it’s the way it’s been used.

For years, beer brands have featured advertising at the game reminding me to buy their product. Not only could the ads be construed as an interruption to my fan experience (watching the game I paid for), but the actual process of getting the product (ie: lining up for a beer) can further exacerbate the disruption.

This idea recognised that conflict and sought to move quickly from Disrupt to real Utility.

Using the brand’s sponsorship of The Wallabies (and some nifty tech in partnership with MasterCard) Hahn has made a move to promote themselves, lessen the disruption and added some relevant fan utility. Faster Beer = more time watching the game.

Disclosure: I did not work on the campaign directly but Hahn Super Dry Express Beer it is an Octagon project. I referenced it as it’s the best current example to make this point I could find. Please share your own examples - good and bad – in the comments below.