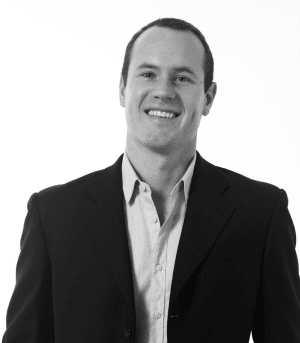 What are Ad Blindness and Ad Fatigue?

Facebook ads today are delivered more frequently across what are fast becoming narrower target audience segments. As a result, when the content of your ads remain static or unchanging, your Facebook audience can quickly begin to overlook your ads. In effect they become ‘blind’ to the constant barrage of a static visual input.

This blindness is further compounded by Facebook’s preference to deliver ads that are expected to perform well from a click-through-rate (CTR) perspective. This means that as the CTR of your ads drop due to consumer ad blindness, Facebook relegates these ads to participate in fewer auctions, and as a result, your overall impression volume drops. And this is known as ad fatigue.

1. Develop Engaging Ads
With all of the social activity on Facebook today, and because it’s likely that a single ad will be served to the same user multiple times a day, it doesn’t take long for ad blindness to set in. For this reason it’s essential that your ads stand out and act quickly to engage your audience’s attention. It’s important to convey unique value propositions, key differentiators and calls to action in your ad copy.

Significantly, however, it’s the images in your ads that can make the difference between the onset of ad blindness and a click-through.
The most successful Facebook ads comprise engaging and colourful images. By adding a red, yellow or orange border to your images, they will contrast against Facebook’s blue and white interface, and will therefore be more likely to draw attention.

Successful Facebook ads aren’t necessarily the most aesthetically pleasing; rather they do a great job of grabbing attention and engaging their audience. Effective images can be anything from happy people and easily identifiable logos, to plain text overlaid on a colourful gradient background.

2. Never Stop Testing and Rotating
With so many images to choose from, continuously testing a variety of ads with the same audience can help you land on the most impactful image for a particular message and audience segment. Bear in mind that even a seemingly ‘perfect’ Facebook ad is vulnerable to ad blindness and ad fatigue. When optimising your campaign, the goal shouldn’t be to find the best performing ad; rather it should be to find the best performing type of ad. And this is only possible if you’re continuously testing, rotating and measuring the performance of new ads.

By setting up automated reports and alerts across all of your active Facebook ads, you will be warned of any large decreases in impressions, clicks or CTR. For example, if an ad experiences a 25  per cent decrease in impressions per day within three days of going live, it’s time to rotate in a new ad. If impressions have remained consistent over the three days, but CTR has dropped 15% each day, consider generating a new ad. There are enterprise-class solutions in the market, like Marin Software, which can dynamically rotate images, headlines and body text on your behalf when impressions, clicks and CTR drop below custom thresholds.

By implementing the above three practices as you optimise your Facebook ads, and with the right tools in place, you’ll be well on your way to making Facebook ads that deliver profitable returns for your business.