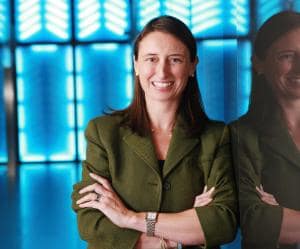 Since TV advertising began in Australia 56 years ago with a cheesy Vincents APC patent medicine – the ad included a billboard with 'TV' sprayed across it, the ‘T’ standing for 'Take' and the ‘V’ for 'Vincents' – TV ads might have improved, but the way we make them hasn’t changed much.

Indeed, for TV ad people the process is almost textbook enshrined. You develop the spot, deliver the assets to the networks, hit as many viewers as possible, source results data from publishers – and get the client nod to do it all again, over and over.

With the odd long lunch thrown in (all too rarely nowadays, let’s be honest), that’s just the way it’s done – and with $3.6 billion spent on free-to-air television advertising in Australia in 2011 who dares mess with it? After all, the digital ad team down the corridor can worry about the online end, and usually do once they’re hand-balled the finished TVC to play with.

But this siloed approach where TV and online ad teams work apart is unsustainable as more video assets follow audiences wherever they are – TV/mobile/online. Because advertisers increasingly realise that TV-centric ads miss significant opportunities online, where growing audience numbers gather. And it’s too late post-production to add the rich, multi-layered functionality that online video can have. Online teams can do little more to a baked cake than add digital icing, and advertisers wanting the greater measurability, interactivity, optimised targeting and unbiased data from their TVC-based video are being sent back to hard-wire this into multi-screen video assets from the start.

Global growth in dual screening will accelerate this trend to collapse divisions between TV and online. Dual screening allows audiences to use their smartphones, tablets and laptops to interact alongside TV. Interactivity might mean anything from playing a game with a TV ad or getting access to an exclusive and local deal through a second screen instantly – the options for richer media engagement are endless. But they require synchronising the content broadcast on TV in real time to ads displayed on a second screen, which demands a coordinated TV and online effort from the start.

The good news is that it won’t take a revolution for TV minds to think more like online minds, or better still for partitions between them to dissolve so video assets are always developed to be able to use every screen to its full potential.

For this to happen, advertisers need to set clear goals and parameters for campaigns with every screen in mind – considering all usage possibilities before production begins so assets are developed for easy adaptation. For example, creative teams who envision both TV and online for a spot are more likely pitch concepts that lend themselves to engagement beyond sight, sound and motion, and build them accordingly.

Asking the right questions from the beginning helps, like what concept will leave room for interactivity? How could a user play with this ad? Where will the touch points be? This results in a video asset optimised for broadcast, yet readily adapted to the interactive world, making the transition smoother for production teams and the end result something that can really wows audiences on all channels.

Moving forward, agencies need to get in the habit of owning all sides of every video asset equally, and thinking of themselves as video professionals vs. TV or online specialists. We need to become video specialists. Do this and everyone benefits – in terms of costs, work flow and overall campaign performance on every screen.

It’s still early along the long road to a fully converged world. But as we move further along, I wonder whether the flat TVC ads common now will seem as old-fashioned as Vincents APC patent ad. It’s certainly possible.