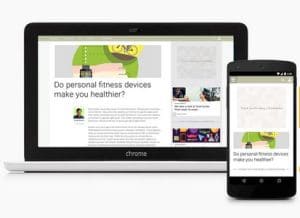 Google has published its latest consumer barometer and – no surprises here – people are using mobiles more. But, within that obvious consumer swing, are some more nuanced findings.

According to the data, when people are watching videos on mobile devices – it's not a background activity – 64% claim they are fully, or at least mainly, focused on the video. Just 2% say it's a background activity. The findings back up what Google already thought, but Lisa Bora, Google Australia head of mobile, told AdNews that it demonstrates the power of engagement on mobile.

Google also claims that 42% of people are watching videos on mobile in their living room – which Bora said shows advertisers should be thinking about the mobile strategy as not just “non-primetime”, as well as making sure that they develop a multi-screen programme.

There's also that 1% of people who are watching videos while in the bathroom.

More than a quarter (27%) say they watch videos on mobile every day with 57% of people doing so at least once a week.

Australians are also the third most prolific users of maps on mobile.