One year of Thinkerbell: 'We'll pitch for media accounts' 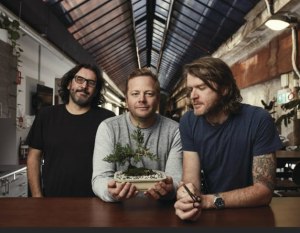 This is from the July issue of AdNews Magazine. To see it-print first, and to support AdNews, see here.

Over the past year, this young agency made its first high profile hire, in former OMD Melbourne boss, Margie Reid, who joined Thinkerbell in October in 2017 as managing partner. There’s been a lot achieved by the company in its infancy, but co–founder Adam Ferrier is proud the door is still open a year after its launch.

With its proposition of “Measured Magic” and a consultancy/agency hybrid model, Thinkerbell believes it has got something different to offer in the increasingly cluttered Melbourne market. Thinkerbell describes its relationship with PwC, that hold a minority stake in the agency, as "friends with benefits".

“I don’t want to put anyone down, but it feels like we’re doing a different type of work. We operate in the new world between agencies and consultancies,” Ferrier explained.

He said the agency still considers itself a “typical creative agency” but has moved more into media buying and planning.
With a creative trio as it founders — Ferrier, Ben Couzens and Jim Ingram — most of the industry assumed Thinkerbell would define itself as a creative agency. But, with Reid on board and drawing from Ferrier’s background at Naked Communications, Thinkerbell is working across media and creative, but prefers not to be called full service.

“No one is full service,” Ferrier said. “It is impossible for anyone to be full service, and having a one–stop–shop is laughable because there are too many skill sets and too many things to do,” he said.

“If you have a model where you are not collaborating with other companies and claiming you’re doing it all yourself, then there’s going to be compromises.” 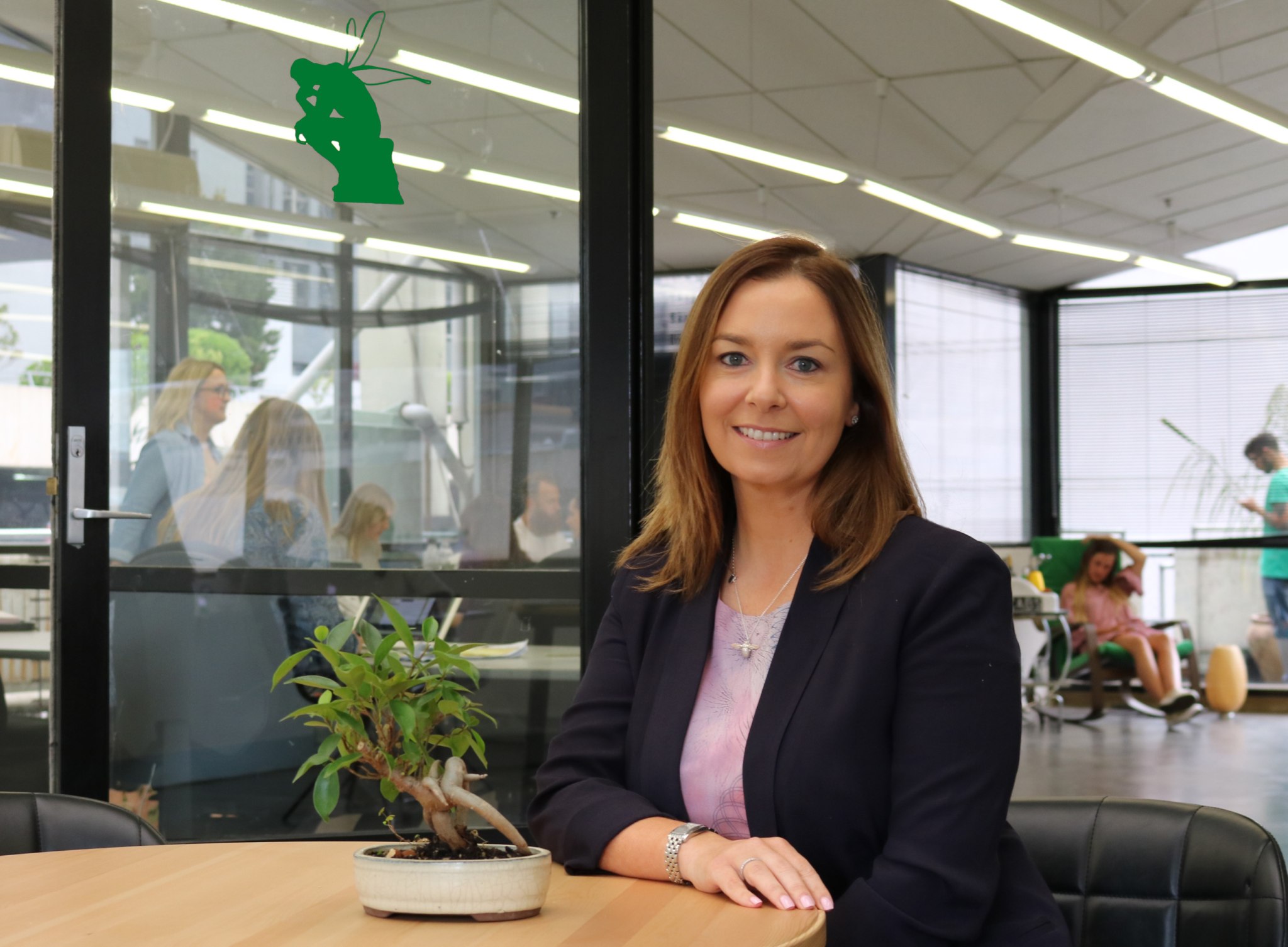 The agency is pitching for media accounts and considers everyone from The Monkeys to PHD as its competitors.

Reid said Thinkerbell has allowed her to delve deeper into brand strategy, rather than be viewed as just a buying portal, which she believes is one of the many issues facing traditional media agencies.

“My day–to–day role has shifted from being numbers–based in media agencies to now solving client challenges and playing a larger role in building and shaping businesses,” she said.

“Media agencies are trying to remain relevant and clients are viewing them as just a buying agency and they’re not thinking how they can play a bigger, broader role.”

The biggest achievement for Thinkerbell so far has been winning the lead creative account for Vegemite, Reid said.

“Around the time we won Vegemite we also won Our Watch and skincare brand Sukin so it cemented our direction and gave us momentum,” she revealed.

Thinkerbell still maintains a relatively small clients’ list, which also includes 13cabs, which recently underwent a significant rebrand. A new brand platform for Vegemite is expected to roll out later this year.

The agency also has the added benefit of working on PwC clients, however that work isn’t likely to be seen in the trade press.

There has also been criticism the agency is simply being given clients from its parent company, which Ferrier bats away.

“I don’t think we’re going to be judged on how we met the client. I think we will be judged on the type of solutions and the work we create,” he said.

As for its expansion plans, Ferrier said he would love Thinkerbell to one day be a globally relevant agency. But right now, he’s focused on building his Melbourne team.

“If you’re slightly off and you don’t feel like you quite fit in where you currently are, try Thinkerbell,” Ferrier quipped.

“After I left Naked Communications I didn’t quite know what was next. Now, I realise it’s easier to fit in when you have a say in shaping things,” he revealed.

“My only regret is probably that I didn’t do it sooner.” 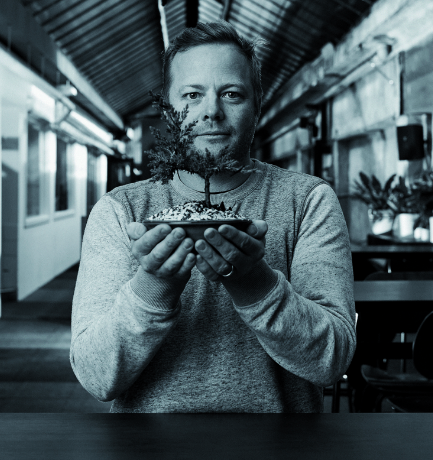 Why go out on your own?
I didn’t go out on my own! I combined my skills with those of two other exceptional problem-solvers and we built an agency from there. I’ve enjoyed a healthy career over the past 20 odd years and have worked with some of the best in the business throughout that time. It just so happened that Adam, Cuz and myself all found ourselves at a point in our lives (and careers) where we knew that combining our skills would create a pretty powerful foundation to grow an agency. When you create something yourself, you can build it exactly how you’d like it to run.
What has been the biggest difference from working in agencies to owning an agency?
Here, we can do whatever the fuck we like. For example, if I want to say fuck in a Q&A article, I can. Even though I know it’s not very professional. But, because I can use it as an example of liberation, I guess can justify it. That kinda stuff.
What’s been the biggest challenge?
Being 100% accountable. No matter how high I climbed in other agency roles, even as ECD and partner, there’s always been the safety net of an extended team around me. But from day one of Thinkerbell, all the decision making and accountability starts and stops with Margie, Adam, Cuz and I. It’s extremely liberating, and terribly daunting all at the same time. 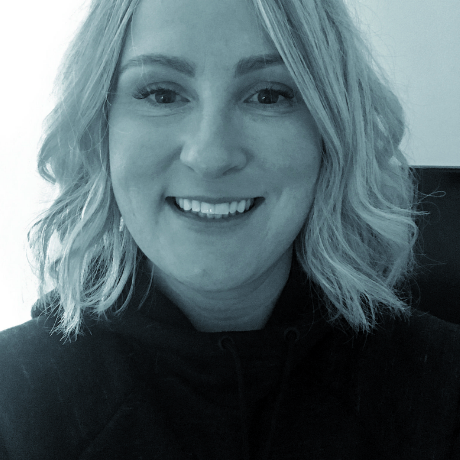 Why do people want to work for Thinkerbell?
Because it’s a little bit weird and a little bit different. When meeting potential Thinkers and Tinkers, there’s genuine intrigue around our proposition of “Measured Magic” and our structure of Thinkers and Tinkers. Being a young agency, every Thinker and Tinker here has the power to influence how we do things and how we grow Thinkerbell, which is empowering. There’s an amazing buzz when you come to our place and it has everything to do with the inquisitive, smart, fun people who work in here. The fact we’re working out of a penthouse might have something to do with it too!
What does Thinkerbell look for in candidates?
Our thinkers and tinkers come from diverse backgrounds, and not always from a creative industry. I love hearing stories of what candidates enjoy outside of work. We currently have a ballet dancer, podcaster, yoga teacher, blogger, musicians and hikers amongst us.
We’re always on the lookout for interesting people — even if just for a coffee and chat at the penthouse. We want to make sure we’re employing Thinkers and Tinkers with the right skill set, attitude, values — and the right amount of weirdness.
What’s the talent pool like in Australia?
Like any good pool, it’s only as good as its PH balance. The constant stream of super–smart, interesting people reaching out is amazing, and that makes me excited to be in this industry and part of Thinkerbell. 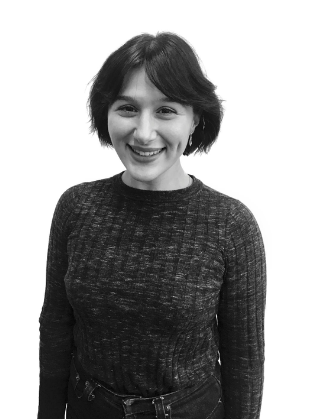 How do you explain what you do to your parents?
Ha! Well, it really depends on the day — if they asked me tomorrow, I’d say I sit in a penthouse full of loveable weirdos and help our clients solve their business problems with creative ideas, while sometimes herding sheep to make those ideas happen.
What is the most rewarding aspect of your role?
Having joined Thinkerbell as the first Thinker one year ago, by far the most rewarding part of my role is looking around the office and realising how far we’ve come in that time. I’m very grateful for having been given the opportunity to be along for the ride from the beginning and to share that sense of pride in our growth and excitement for our future. Other than that, it’s guiding our clients to create change in not only their consumer facing activity, but also areas of their business traditionally marketing wouldn’t touch — the work which we’ve recently done with 13cabs is a great example of that.
What’s your view on the consultancy/creative agency hybrid?
People say it’s full of opportunity and I agree. It’s forced agencies to focus on really solving problems and not just selling ideas, which is great thing not only for our industry, but for the world too. With the lines blurring between consultancies and creative agencies, job progression in our industry feels exciting. 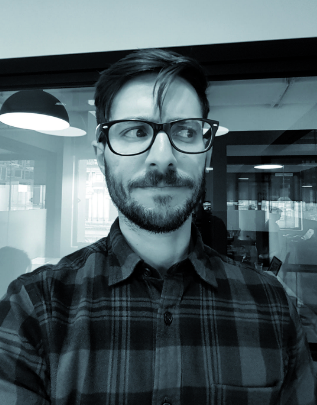 What attracted you to Thinkerbell?
I joined the team pretty early, a month after the guys had started the business last year. The reason it attracted me is that we were both starting from scratch. I had just arrived in Australia, and the guys were kicking off this new phase in their careers. After more than 10 years working in big agencies in Brazil, with huge creative departments. I felt that was the right challenge at the right moment of my life.
You’ve worked in agencies all over the world. Why Thinkerbell, and why Australia?
Australia was a life choice. I visited Melbourne in 2015 on my holidays and fell in love with the city and its lifestyle. Luckily for me, Australia also has a great tradition of good advertising and impressive storytelling. Thinkerbell puts together brilliant creativity with something I believe is essential in our industry: measurement and accountability. Easy choice.
How does the Brazil market compare to Australia?
Brazil’s current population is 207m people — it’s insanely big — which represents a huge opportunity for marketers, but also an enormous challenge. Everything we do there is naturally bigger regarding investment and reach as compared to Australia. Having focusing my career in digital and integrated work as I did in the last years, I found it curious how different the user’s behaviour can be in Australia when compared to Brazil. 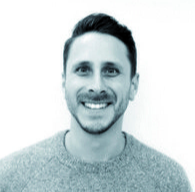 What’s your previous experience in the industry?
I’ve worked in media for the past six years. First cutting my teeth on the planning/trading side of the business at OMD before planting my feet in a strategy role for the last four years at Carat.
How did you land the job at Thinkerbell?
I’ve known Margie for a long time and we’d often chatted about the benefits of a full service model and bringing clever and uncomplicated media thinking together with creativity, so when the opportunity arose to work with her again, and to be a part of the incredibly talented team at Thinkerbell, it didn’t take a lot of convincing.
Having previously worked at media agencies, what’s the benefit of working at a full service agency?
The biggest benefit of this model is being able to align everyone working on a piece of business to the same song sheet from the beginning and throughout. At Thinkerbell, everyone is responsible for strategy and everybody is responsible for creativity. By doing away with the standard industry siloes we’re able to bring everybody’s unique experience and skill set into the entire process from start to finish - rather than waiting for ‘your turn’ in the process.