One day left to enter the all new Australian Magazine Awards 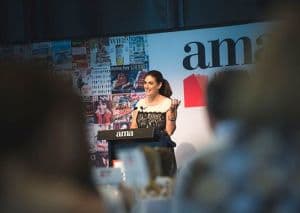 The Australian Magazine Awards look to celebrate the best of the best in magazine world – but it's not just print. Just as the industry has evolved, so have the awards. There's one day left to enter the awards. You can find more details here, or contact event organiser Two de Force.

This year, the format dramatically changed to reflect the ever-changing magazine landscape. Previously there were several categories that didn't require entries, the winners were instead decided from the broader market based on circulation growth, readership, advertising volume, front cover, editorial content and design. Magazine brands will also be recognised for their online presence, mobile, social and events.

There are 21 categories open for entires – with no magazines getting through without entering - reflecting the diversity of the industry - including five new ones.

Last year, Jackie Frank was inducted into the Hall of Fame. She spoke about the need for the publishing industry to stop devaluing itself to advertisers with discounting
. Watch her speech here.