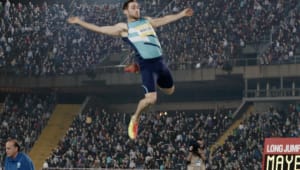 Companies are holding off media spending for an Olympic Games splurge.

A sharp recent decline in TV ad spend is being driven by poor ratings, a 'natural realignment' towards owned and earned media and clients holding off spend for the Olympics.

These are the main reasons offered by media agency bosses in response to Standard Media Index (SMI) figures that revealed a 10.5% yoy drop in ad spend last month, including a huge $44 million decline in TV advertising.

Simon Ryan, the CEO of Dentsu Aegis Network Australia and Carat, says there are several factors driving the drop in spend but expects the market to pick up again.

“There is a lot of money being held out of the market for the Olympics and some of the ratings over the first quarter weren't great, but are destined to improve,” he tells AdNews.

“There is money in the media ecosystem that agencies are presenting to clients that is shifting to a lot of owned assets, earned assets and digital assets, including areas such as customer relationship marketing and brand experience work.”

PHD media CEO Mark Coad tells AdNews he believes the drop in advertising has more to do with clients holding off investment due to the Olympics and Federal Election, which will now run on 2 July.

"The same thing happenend in January. My perspective on that is there are a couple of big events happening this year, a Federal Election and Olympic Games, and I think we are going to see some fluctuations in months," he says.

"Money is going to get dragged throughout the year from one month to the other, there'll be fluctuations by month, but having said that it's probably down a little more than anticipated."

Coad, however, doesn't agree with Ryan on the impact of ratings, arguing that there is usually a time lag between ratings and lower ad spend.

"When advertisers commit their budgets to different channels, those commitments and that planning has been done well before those ratings materialise," he explains.

Both agency chiefs believe the market will recover with Coad predicting low single digit growth for the year, albeit with monthly fluctuations.

Ryan expects a “natural realignment of media spend” to soften out over the next few months as ratings improve.

“Overall it's a flattening out, there's money being held off, you've got an election and a lot of local and digital assets are going well. It's a bit of a levelling out period,” he says.

The SMI said contributing factors to the drop across all media except cinema was also down to parts of the non-ratings Easter period falling in March this year, as well as a dearth of special events compared with 2015, such as the ICC Cricket World Cup and NSW Election.

Others could review SMI

This was the first SMI report to strip out IPG Mediabrands figures after the agency group pulled out.

Ryan says IPG's decision is a “shame” but entirely their decision to make. He estimates IPG agencies would have contributed about 10% to the overall pie although RECMA figures have it closer to 15%.

The Dentsu Aegis boss expects other agencies will now consider their involvement in SMI.

“I'm going to review it as well, in line with what our normal business practice is. But equally I acknowledge we are part of an industry and it is good to track spend,” he says.

“Their numbers will affect SMI but everyone knows what their number is so it won't make a big impact.”