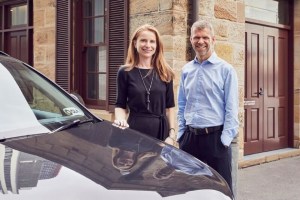 Just weeks after Ola released its first Australian campaign from The Royals, the ride-sharing service has undergone a huge shakeup with its marketing director Natasha Daly exiting and Clemenger Sydney and Wavemaker hired as its new agencies.

Clemenger replaces The Royals, which led Ola's first local push following its arrival in Australia in March this year. AdNews understands The Royals was not a retained agency and was brought on by Daly to work on Ola on a project basis.

Wavemaker won the Ola account following a competitive pitch in which Starcom was involved, AdNews understands.

Starcom, which Ola has a global relationship with, worked on the first campaign for the Uber rival but was not a retained agency.

Starcom CEO Toby Barbour said: “We’ve enjoyed working with Ola and are disappointed that relationship won’t continue but wish them all the best in their new direction.”

Ola confirmed the agency moves and Daly's departure, but would not comment further.

Daly joined Ola just six months ago from Caltex where she was marketing director for more than two years. Daly was also the marketing associate director of Procter & Gamble and worked within the organisation for more than 20 years.

Earlier this month, AdNews interviewed Daly and managing director Simon Smith about the brand's Australian ambitions as well as its most recent campaign which positioned Ola as the “fair” ride-sharing service.

Smith, who has held roles at eBay, Lion Nathan and Sportsbet and joined the company in July, said it's Ola's intention to challenge market leader Uber while offering drivers better compensation.

Australia is just one battleground in the global war for market share being fought by Uber, Didi and other competitors. While Uber may be considered the leader, it is a contested position. It has been beaten in some European countries, is in competition with Ola in India, and was bought out in China by Didi, which just launched in Australia.

Didi is yet to launch its first marketing campaign, but one is in the works with the brand recently appointing Saatchi & Saatchi and media agency Zenith. Uber recently launched a campaign promoting its short wait times and 13Cabs has been fighting back with a big TV and outdoor buy across major cities.