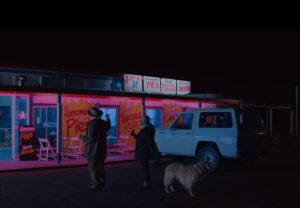 In time for the festive period NRMA Insurance is going for the feels with its Christmas safety TV ad – a marked difference from its more functional ads.

Backed with a moving soundtrack with vocals by singer-songwriter Tom Odell, many were eagerly anticipating the brand's next creative effort after it handed creative duties to The Monkeys in September. It had been with M&C Saatchi since 2014.

Brent Smart, chief marketing officer for NRMA parent company IAG and its stable of brands, including NRMA Insurance and CGU, says the new film is the start of a shift in brand direction for the brand.

Outspoken former agency boss Smart returned to Australia from leading Saatchi’s New York shop to take on the CMO role at insurance group IAG in February this year and later told AdNews he had audacious goals for the insurer’s brands.

“This is a return to the type of storytelling and tone of voice that has made the NRMA Insurance brand loved, and signals the new direction we are taking the brand in,” Smart says.

“It’s exciting to make something together with our new partner The Monkeys. We are in such good creative hands with their team.”

NRMA Insurance claims data shows that car collisions increase over the holiday period and the film, which builds a sense of nervous anticipation as the elderly couple head for the city late at night, is to act as a timely reminder for drivers.

Scott Nowell, co-founder and chief creative officer for The Monkeys says: “This brief was a gift in itself – to convey the warmth and emotion of what’s truly important this time of year,”

The insurer is also piloting a new app called Safer Journeys to help motivate drivers to ‘switch-off’ their mobile phones behind the wheel.