Nine's improved 9Now offering 'next step in an evolution' for BVOD 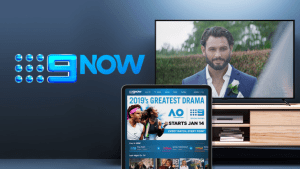 Dynamic ad insertion will now allow advertisers to tailor their campaigns in real time using performance data to determine what ads are most suitable for certain audiences.

Nine claims to be the "leader" in the BVOD space and chief sales officer Michael Stephenson said it was "the first step in an evolution" for dynamic ad insertion.

"Being able to serve dynamic advertising live into the stream brings a stronger addressable offering into the market and BVOD space and that's a really important thing for its growth," Stephenson said.

"However, this is something that is only being experimented with now in other markets and there is a long way to go yet, so live linear insertion isn't part of our immediate roadmap."

As part of the addition of dynamic ad insertion into the live BVOD stream, the network has created deeper behavioural categories and segments for advertisers, allowing marketers to target consumers more effectively through its addressable offering.

These new behavioural segments introduced by Nine ahead of the Australian Open cover the automotive and financial services categories. The segments enable marketers to target a range of niche categories including "small SUV buyers" or "credit card and home loan intenders".

Data for these categories will be leveraged from sources including Car Advice and Equifax. Nine will roll out other consumer segments in the FMCG, retail and travel space.

The network began its rollout of dynamic ad insertion with the Hopman Cup and the Brisbane International with more than one million addressable ads served.

The launch of the new ad products will coincide with the launch of the tennis with data from 2018 indicating a growing interest in live sports streaming through 9Now, explained Nine director of sales strategy and product commercialisation Pippa Leary.

"It was never not an option, the Australian Open is the perfect time to demonstrate the improvements," she said.

"Then we roll into the NRL season, which will be the first time we have ever had the rights to digital ad insertion into the NRL. We are going to see a lot more sport live streaming behaviour and this time we will be able to commercialise it."

Nine are also anticipating continued success with its hit reality show Married at First Sight, which last year broke records in the BVOD space. Leary said the program has become a "benchmark" for streaming success.

With Love Island season two set to air on Nine later this year, considering its success as a BVOD program, it's likely Nine will roll out further consumer categories to support advertisers on the popular show.

While more categories will be added to the platform, Leary said Nine will be cautious not to hyper-target consumers.

"As we get greater scale in the 9Now platform, it will be also about being able to leverage those seven million users in our display and web traffic. That is the next big hill that we are assaulting at the moment," she said.

At the network's upfronts late last year, it promised to make it a "reality for marketers" to buy linear television and BVOD through 9Galaxy early. The official launch coincides with this year's season of Married of First Sight on 28 January.

Stephenson said the decision to integrate the two into one platform is "incredibly important" to the ad market.

He said the launch would now allow markets to "effectively engage" with Nine's content strategy in one place while becoming more of a consideration to traders who previously only bought linear space.

"I expect that marketers will want to buy into our premium audience, which is not just limited to the linear space, through one piece of technology; done in one simple transaction and without any make goods. That's a utopia as far as I can see," Stephenson said.

"Nine has a realistic expectation that all of our agency partners will start to use the technology as soon as it is rolled out."