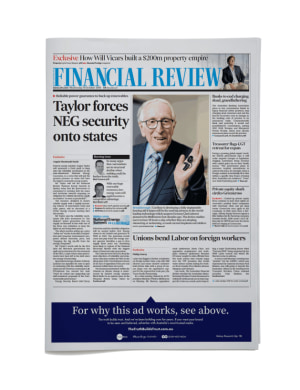 Nine’s The Australian Financial Review (AFR) has renegotiated its contract with Factiva, just months after ending its deal with the subscription global news database.

Under the new agreement, reached at the end of last year, the AFR will provide the News Corp-owned platform with its content three days after being published across AFR’s print and digital.

At the time of halting its deal with Factiva in June 2019, Nine’s director of subscriptions and growth David Eisman said it was about supporting a subscription-based model for the publisher.

“Effectively it wasn't about the revenue, it was about the terms on which we make content available,” Eisman says.

Factiva’s deal with Nine’s other mastheads, The Sydney Morning Herald and The Age, isn't impacted by the changes.

The commercial details of the new deal haven't been revealed. Industry sources say the AFR part of the deal was worth more than $1 million a year, before the content feed was delayed.