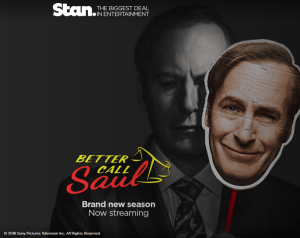 Nine has revealed expectations to double, possibly triple, its subscribers to Stan following the completion of its mega-merger with Fairfax.

Following the completion of the deal with Nine and Fairfax, which is still awaiting ACCC approval, Stan will become a wholly owned division of the new Nine entity.

Nine stated its plans to accelerate growth will be driven by “potential enhanced strategic partnerships” with both local and international content production companies.

“In terms of Stan's strategy, at the end of the day there is a lot happening in the subscription video on demand (SVOD) market and with US studios abroad, there is a tremendous opportunity here for Stan to establish itself as the true independent local alternative to Netflix,” Nine chief financial officer Greg Barnes says.

“This position will be won in the long-term by establishing a real subscriber presence in this market as opposed to any sort of short-term profitability objective.”

Earlier this year, Stan surpassed the one million active subscriber milestone, three years after its launch in Australia.

Barnes says the new merger will allow Stan to “go harder” in its approach to generating both new content deals and a larger subscriber base.

“The business has proven its viability in our mind and we want to go a bit harder, as we think there are a lot more opportunities in the content space to give users a deeper and broader mix of content, as well as better user experience,” he says.

Immediately following the merger, Barnes says Nine's focus will be on consolidating the business, particularly the platform's marketing and strategy.

“With the timing in the market and where Amazon and Foxtel are, we certainly don't want to take any momentum out of Stan, so we will continue to get that subscriber number up,” Nine CEO Hugh Marks says.

“For Stan, it comes down to content exclusivity and if you want to access those four or five main programs a year, you need to be on Stan.”

"It really does position Stan for greater strategic opportunities as this new media landscape begins to unfold," he says.
"For me, a strengthened parent company means we are going to see a continued focus and increased support across the range of our media assets."