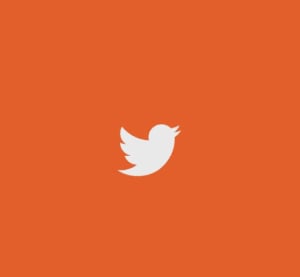 Social giant Twitter has announced overnight that it's finally extending its 140 character rule, revealing that media like photos, GIFs, and videos will no longer count towards the character total. The 140 character limit has existed since Twitters inception, however for the past year the social platform has been hinting that links and “@” replies would soon no longer count towards the limit. These changes have been rolled out globally.

UM Sydney general manager David Haddad has been appointed to new managing director of IPG Mediabrands Singapore. Haddad has been GM of UM Sydney for the past two years and has worked across the accounts for Lion, Virgin Mobile and Optus. He replaces Pat Lim, who has decided to look for ‘new career opportunities’. The Sydney GM role will be filled in 2017.

Nine has hired Fairfax’s Nathan Powell as director of digital sales product as it finalises its senior sales leadership team. Powell joins Nine to head its sales specialists across mobile, programmatic, native, video and Microsoft product offerings. He has spent five years at Fairfax, most recently holding the title of business development and commercial partnerships manager for just under two years.

Also joining the team is Anthony Mogensen and Anjuli Plozza as head of digital in the Sydney and Melbourne markets. The pair have been promoted from within Nine. All three appointments come just months after Ben Gunn was made director of digital sales at the network.

Queensland outdoor network Goa is calling on charities and not-for-profits to tap into its community ad space fund. This year it has awarded $1,000,000 in ad space and intends to do the same in 2017. Its Community Partnerships Program (CPP) is an initiative designed to help community organisations reach audiences thier standard budgets wouldn't allow. Clients are invited to pitch their campaign idea to the media owner. “It is a rewarding feeling to see goa in the position to be able to give back to the community by providing free access to our network. This year has shown us that this initiative will not only build exposure and support for these charities, but also see that their initiatives flourish," says Chris Tyquin, joint managing director of Goa.