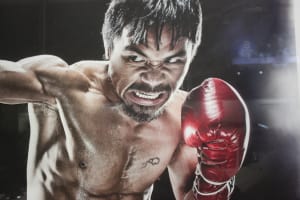 Nike, one of the world's largest sponsors of athletes, has severed ties with champion boxer Manny Pacquiao after he told Philippines TV that homosexual people are "worse than animals".

In a statement, the sportswear giant said it found Pacquiao's comments "abhorrent" adding: "Nike strongly opposes discrimination of any kind and has a long history of supporting and standing up for the rights of the LGBT community."

Pacquiao is one of the most recognisable athletes in the world. His fight against Floyd Mayweather last May became the richest fight in boxing history, breaking records for ticket sales, sponsorship and pay-per-view buys.

Basketball legend Earvin "Magic" Johnson, whose son is gay, took to Twitter to applaud Nike for dumping the boxer. 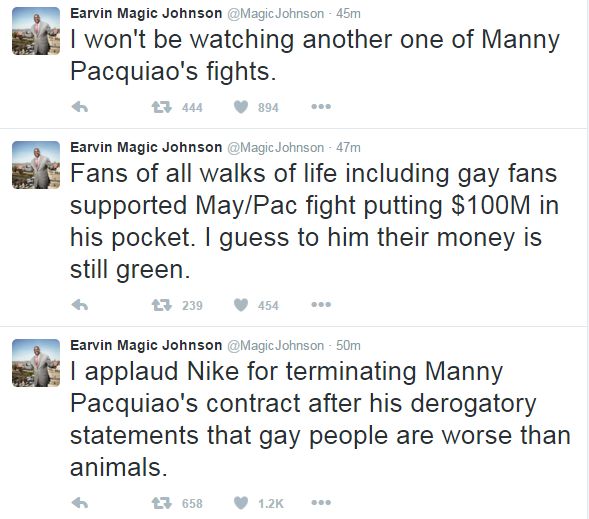 Nine CIO Mat Yelavich will take on the CIO responsiblities of Mi9 after the departure of Kelly Ferguson last week.

Yelavich has been Nine's CIO for the past year and will relocate to Mi9's offices in Australia Square to take up the new role.

The publisher of the UK’s Daily Mirror, Trinity Mirror, will launch a new newspaper at the end of the month, according to Campaign UK.

The launch follows news that UK newspaper The Independent would be closing its print titles.

The new paper, is rumoured to be called New Day and will target a female “mid-market” audience.The initial print run is expected to be one million copies, but the publisher is thought to expect a 200,000 paid-for circulation figure.

HotCopper joins a list of growing Publift clients including WillyWeather, OzBargain, MetService NZ and Conversant Media - among others.

Australian business have called content creation their top social media challenge in a report from Hootsuite.

The Australian Social Media management Study included more than 100 executives and management from a range of industries about their social media use.

Close to 30% noted that they struggle in creating content for their social media sites. 18% also said social media measurement was a notable challenge, while 15% cited content distribution across multiple social networks.

In addition, the survey found that 61% of respondents were looking to increase their use of social media and 29% said that Facebook was the number one social media network businesses tended to use.

Isobar today announced it has promoted Rod Farmer to the newly created role of strategic design director, Asia Pacific. Farmer was previously general manager of Isobar Sydney, where he led the business operations.

He will join the regional Isobar leadership team and be responsible for lifting the overall design capabilities of Isobar throughout the Asia Pacific region, focusing on the areas of experience, service and business design.

Ooh!Media has picked up mobile and online opportunities for Melbourne Airport as part of a new long-term contract with the company.

Under the deal Ooh!Media will be able to sell advertising for the airport's consumer facing digital assets, including the Melbourne Airport website, mobile app and wi-fi offering,.

It comes as part of an extension of its existing advertising rights for Melbourne's T1, T2 and T3 complexes along with the external and internal signage for the new T4.

Ooh! group director - fly, Robbie Dery, says the digital opportunity was consistent with the company’s wider digital strategy of building up its portfolio of integrated online and offline products.

In his new role, Houston will work with Grey Group chief James Heekin in the management of the agency network.

He will also continue his current role in overseeing North America. Heekin was the last Grey executive to have the global president title when he joined the agency in 2005. He became chief executive of Grey two years later.

Publicis Mediavest has faced a massive loss, with Walmart ending a nearly decade-long relationship with the media agency. A Walmart spokesperson said the business will continue to work with Mediavest during the transition.

Walmart is ranked No.13 on Ad Age’s list of top media spenders, with the retail giant spending more than $900 million on measured media in the US in 2014.

The move follows a huge number of reviews and agency changes by big marketers including Coca-Cola, Unilever, Sony and Johnson & Johnson.

The Huffington Post UK is offering a day of free ads to a children's charity as the Duchess of Cambridge guest edits the title tomorrow.

The day of free advertising coincides with the launch of the Young Minds Matter initiative which raises awareness of mental health issues among children.

NewsLifeMedia’s has announced Body+Soul has had a makeover and will be launching its new look this Sunday.

The updated look delivers an editorial direction that makes aims to make it easier for readers to make healthy changes. Michelle Bridges and Steve ‘The Commando’ Wills have joined forces with journalists for the magazine lift-out.

The edition will be “strongly” supported by a multi-million dollar marketing campaign across TV and News Corp Australia’s newspapers and digital properties. The Body+Soul website and social platforms will provide more material for readers.