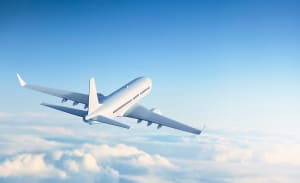 The Australian Competition and Consumer Commission (ACCC) alleges the Meriton Serviced Apartments has engaged in misleading or deceptive conduct in connection with the posting of reviews of its properties on the TripAdvisor website. It has instituted proceedings in the Federal Court. The ACCC says Meriton took steps to prevent guests it suspected would give a negative review from receiving TripAdvisor’s ‘Review Express’ email to avoid them posting potentially negative reviews. It did this by inserting additional letters into guests’ email addresses provided to TripAdvisor so that the email addresses were ineffective, and not sending other guest email addresses to TripAdvisor. On several occasions it did this where where infrastructure or services failed, such as no hot water or a lift not working, in an attempt to ensure that guests would not receive TripAdvisor’s ‘Review Express’ prompt email in case they left an unfavourable review.

Industry honchos battle it out

Lavender has bolstered its senior team with the appointment of former DDB planning partner Nick Andrews. He joins the CX agency as strategy partner, playing a central role in the recently launched consulting arm, Lavender Consult. In his role at DDB, Andrews worked across blue-chip brands such as Audi, Westpac, Arnott’s, McDonald’s, Tourism Australia and Westpac.