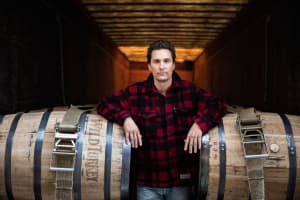 Actor Matthew McConaughey has been named Wild Turkey's creative director. Ad Age outlined that McConaughey will "serve as the chief storyteller for Wild Turkey both behind the camera and in front of it, reintroducing the world to the legendary bourbon brand." The actor will direct and star in a global campaign slated to begin in September that will include TV, digital and print. This partnership marks the first time the actor will serve as a behind the camera creative director.

After being in the role a little over a year, former Spotify sales director and long-time ex-Google industry head, David Raitt, has left his spot as Criteo MD in Australia and New Zealand.

Digital advertising and performance marketing tech company Criteo hired Raitt in July last year. He replaced Jeremy Crooks, who featured in an AdNews Industry Profile in October, and did say that in five years' time he'd be “exhausted and hopefully retired”

This morning Criteo confirmed that Raitt “is no longer an employee of Criteo”, and added that Prasanth Sankaran is the acting commercial director for Criteo Australia and New Zealand.

Papa is currently CEO of fashion trend forecasting service WGSN. He will begin his new role on 1 September relocating from New York to London.

Anderson spent seven years as CEO of Austereo before its merger with Southern Corss and before that, group director of sales. Anderson will also be appointed to the MediaWorks board.