Ditching marketing department silos, launching its own app and automating more of its marketing capabilities has propelled CBS Corporation’s TV network and SVOD service into a whole new world, says one of its top marketers.

Speaking at the Dreamforce conference in San Francisco on how the business has increased collaboration between teams to make smarter data-driven decisions for campaign planning, Showtime senior vice president of digital media and marketing, Brian Swarth, said that data is the “new oil”.

US TV shows such as Shameless, SMILF, Twin Peaks, Billions, The Affair and Homeland – many of which in Australia are hosted on local streaming player Stan – are some of Showtime’s biggest hits. Yet despite its distribution in America being via traditional subscription channels and subscription add-ons such as Hulu and YouTube TV, Swarth said it wasn’t until it launched its stand-alone app in 2015 that it really began to see deeper brand benefits.

Swarth said the stand-alone app, where people came directly to Showtime, is “where things got interesting” as they gained direct access to audience data. Prior to this, despite having been in the subscription business for more than 25 years, it had “no subscribers” as considered a TV wholesaler.

It’s only in the last three years the business has such undergone data-driven marketing transformation. 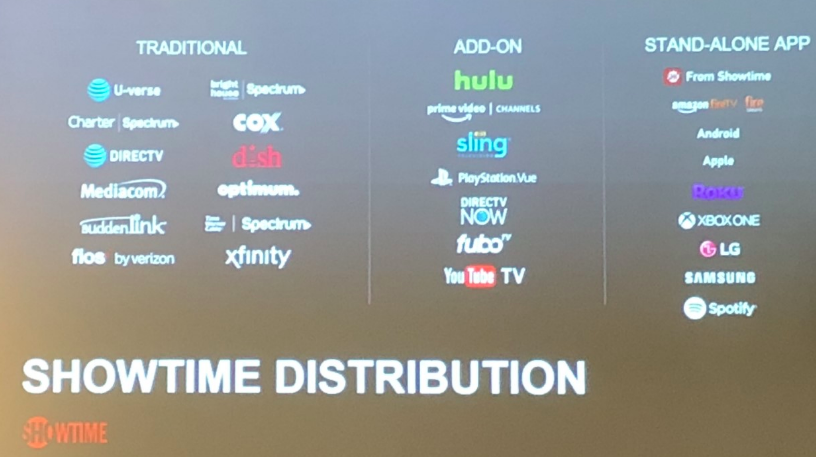 Showtime recently launched a bundle package for college students with Spotify, whereby students get access to both services for $US4.99

“When we launched our stand-alone app this really unlocked a treasure trove of data and customer insights that we are now using to create and play a more meaningful role in the customer journey and lifecycle,” he said.

Whether customer prospecting and trying to identify high value subscribers or getting people to try the app, start a re-trial, engaging current subscribers, winning back subscribers or media suppression; whereby it supresses ads to current subscribers, Swarth said having the  tech to process the data allowed it to create far more personalised and segmented marketing campaigns and finally “engage” on a better level.

“Historically entertainment companies like Showtime hadn’t thought about using data for marketing as we never really had access to it but that has all changed,” Swarth said.

“For the first time we were getting direct input and feedback based on subscriber usage which has allowed us to segment our subscribers.”

“For the first time we hired actual data scientists. I never would have thought we’d hire data scientists and a data strategy team but we did – and they soon began developing propensity modelling,” he explained. 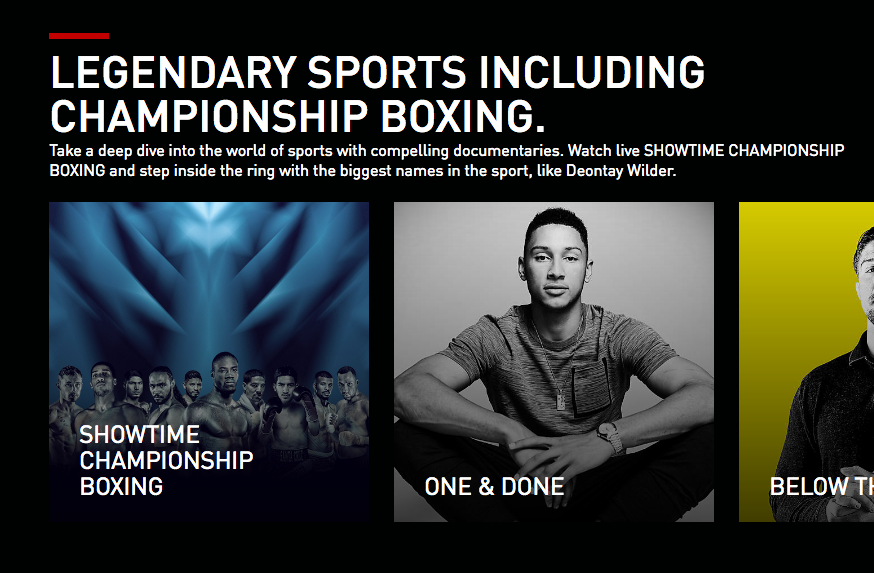 Unlike Netflix and Stan, Showtime has a strong sports offering in the US

“They are looking at hundreds of different factors and are scoring each subscriber based on the propensity of whatever that model is looking at. With the marketing cloud we have connected all of these models directly into the platform but we are just starting to scratch the surface here.”

In addition to owning its own data via the app, onboarding a marketing cloud and advancing propensity models, up until recently Showtime was tapping CRM data from the likes of Google and Facebook only. However it has just brought on a demand-side platform partner to allow it to bring in data from beyond the walled gardens.

Swarth said while it was doing some of these things before, it’s the move to greater automation via ‘Ad Studio’ that has improved efficiency. He also admits that before the advancements processes were siloed and disjointed.

The centralised processes has seen Showtime become less dependent on outside agencies and has instead “taken a big chunk” in-house; its customer data is much more secure, the process is more efficient and people in the marketing department have more clearly defined roles and responsibilities.

Swarth explained how Shameless, its biggest show and greatest driver of subscribers, was the subject of a major highly targeted campaign to bring on subscribers for the new season.

With goals to acquire new subscribers, win back past subscribers and engage with current fans it set about creating an acquisition strategy with each of the high valued segments having specific strategies attached to them. This involved developing lookalike audiences, paid social, promotions based on previous tenure viewing history and several layers of targeted offers and messages to persuade lapsed audiences

Swarth had three key learnings. Firstly that scale matters for lookalike modelling as given the Shameless audience size, lookalike acquisition media performed better on KPIs (cost per free trial start or cost per provider lead) than smaller audiences. Secondly he said Facebook and Google platforms delivered the strongest results, and lastly, its post-finale strategy was effective as it was able to win back previously unresponsive audiences with “full season” bespoke messaging.

In addition to its own app, Showtime offers users several add-on options instead

Showtime parent company CBS is the new owner of Network Ten in Australia and the business has plans to launch its streaming service Down Under, despite Stan having rights to a slate of top Showtime content.

Stan CEO Mike Sneesby told AdNews last month that he remains confident that the streaming platform will remain the home of Showtime in Australia, despite news this week that Ten would be launching its own service, Ten All Access, in December.

AdNews attended Dreamforce as a guest of Salesforce